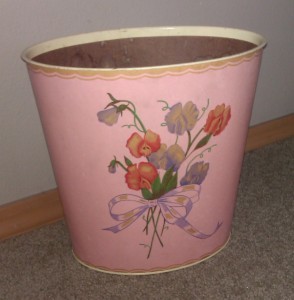 “That which does not kill us should make us breakfast.”
–a guy I used to know

There’s an interesting discussion over on the boards regarding the use of dead bodies for science, The Body Farm: Dead Bodies Lying All Around. That’s very Mercury Venus in Scorpio, for sure, talking about (Mercury) what you prefer (Venus) after death (Scorpio). Throw in a sextile to Pluto and it’s a perfect pre-Halloween taboo discussion. Due to my own astrological makeup I have a pretty extreme position regarding this subject: in regard to my own comfort, I don’t care about what happens to my dead body. That’s not really all that interesting as plenty of people have extreme opinions on certain subjects. What I find interesting, astrologically, is that I used to hold the opposite opinion. And the astrology supports that too.

I have Saturn in the 8th (rules about death), Pluto in the second (powerful values about what is mine), Chiron quincunxing the ascendant (damage shaping how I feel about my body) and Neptune squaring the ascendent (the ability to elevate or downplay the importance of my physical body). I also have Pluto trining a Saturn Moon.

When I was a kid I was exceptionally emotionally sensitive. It took me a very long time to learn when and when not to apply my compassion. I was extremely attached to my possessions. I treated my stuffed animals like they were people. It went so far as to extend to other inanimate objects. If the garbage can was empty I didn’t want to throw even a kleenex away because it might be lonely. It caused me emotional pain to consider it. From a purely social science approach that would likely be categorized as being on the obsessive compulsive spectrum, minor, but on it. I tend to see any disorder as a common trait in the extreme, to the point of dysfunction. But my point here is that not only can one set of energies take on the extremes, either side, but they can do so WITHIN the individual. I would also like to point out that I did not go from the extreme of being overly compassionate to the point of being ridiculous, to no compassion. It doesn’t have to be one or the other. You have a full range to pick from, not just the polar opposites.

Have you changed how you expressed a specific energy in your chart? Was it for the “better,” in terms of functionality?