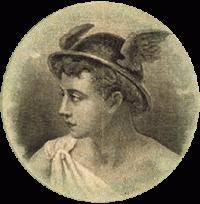 Mercury in Virgo mashed with Saturn in Sagittarius and Neptune in Pisces is becoming quite a phenomena to watch, in my world.  Facts (Mercury) and truth (Sagittarius) are denied (Neptune) with no basis. This happening with people not given to delusion. Like my husband!

“I had X number of appointments this month,” I said.

“Well, what I am telling you is factual,” I said. “I don’t understand why you’d not believe me.”

An hour later we were home. I decided it was important to clarify this so I went to my google calendar and printed the month of July. All my appointments are the calendar.  I made a green check next to each of them.  My report had been accurate.  My husband loves a hard copy, by the way.

I showed him the calendar, which he ultimately accepted. But I can’t believe there was ever a question about what I was saying. It’s surreal.

This is just one example of many. It reminds me of the Jupiter (Sagittarius) Neptune days or the BIG FOG. I know numerous people, utterly deluded at this time.

I’m not telling you, I’m not one of them. Because when people around you deny facts or obscure information, it’s a matter of time before you get it wrong as well.

This reminds me of the most famous comedy bit of all time – Who’s On First?

Have you seen this happening as well?