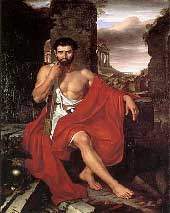 There was a discussion in the forum: What the funk is going on with the world? I tied the current decay to Pluto in Capricorn. FieryTaurus points out…

People mistakenly think this will all be resolved at the end of Pluto’s transit through Capricorn. Pluto through Sadge killed journalism and education. Do you see that resolved? No. It will not be resolved in my lifetime, nor is is likely to be resolved in yours!

As another example, the church (Sagittarius) has not recovered from the sex scandals (Pluto), has it? How about our courts after OJ Simpson (Pluto in Sadge)? Examples of this abound!

If you look back to Pluto in Scorpio, that’s when incest was exposed. Are adults still having sex with children? Of course! If anything it’s gotten worse. Perps don’t just grab a girl and rape her, they rape and kill her.

There is way of thinking out there, that says we’re all going to breakdown with Pluto in Capricorn and then become one? Are you kidding me? People can’t even get along with their families!

I am not trying to be negative. I’m just saying, things are nowhere near resolved at the end of a Pluto transit and if you have an astrologer telling you that, they’re not that bright! 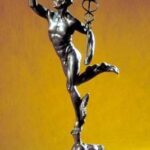