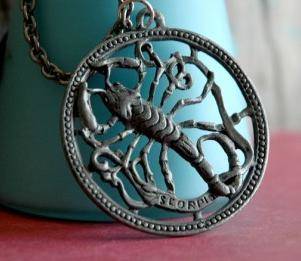 I came across this from 2008 while searching for something else. It was a really good question and worth a re-hash.  My life has improved considerably and dramatically since 2008 but this was all true at the time. When you’re up to your ears in pain, you don’t want more pain.

“I am interested in your “pull the plug’ strategy. Reading over the years it seems that it’s a strategy that you have used (have had to use) more than once, sometimes with more drastic results than others. (In fact in a mild case you used it on me – I wrote you an email in which a joke I made was offensive, and you unsubscribed from my blog without telling me I had offended you! I had no idea!). I do not think I would be capable of leaving a situation without explanation. I do leave situations in a “no looking back’ manner, but only after outlining why. I need to communicate. I was wondering, is it energy conservation- or is there another reason why you pull the plug so abruptly?”

Amber – I do it to protect myself.  I have a difficult life. It is tremendously ungodly difficult whether you can see that or not so if you add to my burden, good bye. And for the record, I have no recollection whatsoever of doing this to/with you which is another defense. Saturn Neptune. I seriously erase things that injure me. These things are gone like a sand castle that the tide comes and washes away. Consequently I don’t carry hard feelings for anyone which you are probably aware of, as long as you have been reading.

I got this from Henry. He felt you should be nice to everyone, give the benefit of the doubt but if they proved themselves to be disagreeable then you walk. The “without firing a shot” was implied. Henry also carried no bad will to anyone and I am same. I go right to “I could care less” generally within a week of amputating if not within a day or two. People who know me know this is true. People who don’t would be amazed to find out it is because it’s damned near a phenomenon.

There is also the Mercury in Libra angle, “If you have nothing nice to say, then say nothing at all.” Mars in Libra hates to fight (except with the lover).  Saturn Neptune disappears. Put this all together and this is just how I behave. Someone else might blow up your house or set booby traps or produce a smear campaign. I figure six of one, half dozen of the other but bottom line, I get hurt and I cut the rope. I’ve just got too many other problems and I’m not kidding about that.

Specific to you I am sorry if you were hurt and again I have no recollection of this (and prefer not to be reminded) so clean slate if you want, ‘kay?

To update in 2011 – my 7th house Uranus is also implicated here – I detach.  I also have a very strong Jupiter in my chart and as my sister put it once, “You are the leaving-est motherfucker I’ve ever met.” I just don’t like strife and pain so if I can’t get along with someone, I am happy to accept it and move along.

How do you respond when injured?