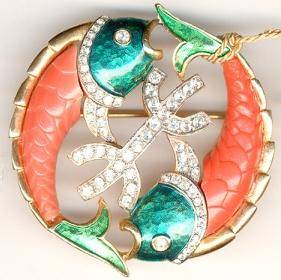 I love this topic. Denial is one of those things that has a bad rap. No one is ever supposed to be in denial even though we all are at various times about various things for various very important reasons.

This goes along with the discussion a couple days ago about coping in crisis. I have found you are often better off not knowing it all as “all” when there is so much going on because if you could did it would overwhelm the psyche.

As an example, I have recently come through intense crisis. And apparently I gained some weight in the midst of this but lucky for me I did not know it. Everyone else knew it but I blurred it out because I just could not cope with even one more thing at the time. As things eased, I was able to see myself in the mirror and get back on track but boy am I grateful this was not shoved in my face at the time.

This subject is relevant now with Mercury (logic) in Pisces, a sign accused of denial but “denial” with the judgment taken out might be called, faith in God or faith in the universe which so many recommend. Because if it belongs in your lap it will surely wind up there eventually so here is this story about the soldier again, this time with a footnote below…

Eventually the soldier found out unequivocally that his wife was cheating on him and he divorced her immediately as he always said he would. “If I were to find out for sure… but I was never sure.” Had he faced this earlier his life would have been different for sure but who says it would have been better? And what about his son? The soldier’s son grew up with 2 parents courtesy the soldier’s denial. Does Saturn in Virgo want to judge that?