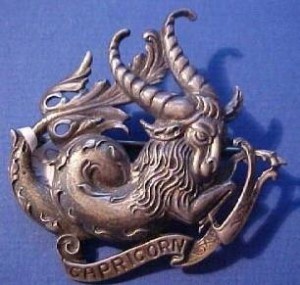 Tonight I was placed in the middle of my parent’s dispute. Behind my mother’s back, my dad approached me to discuss financial problems. This bothers me very much because for years they have not allowed me or my sister to be included in such discussions. Both my parent’s agreed when we were very little not to include us in any of their finances and it’s worked, until now.

I am extremely pissed at my dad by putting me in such a position without my mother’s consent. Had it been both of them, I would have accepted whatever they said. I talked to my sister, who is younger than I am (she is 19) and she is equally pissed.

Together, my sister and I, went down and got my mom and dad together and told them that we did not appreciate the way that we found out and the position that my dad placed us in. I feel like I did the right thing by telling my mother what my dad had done, because they are the ones that are married and it seemed cheap for him to do that to our mom.

Our meeting wasn’t pleasant, to say the least, but I did not want to be privy to something that important but not able to discuss it with both parents. It’s been a few hours since we ended the family meeting and now I don’t know what to do. I don’t know what to say to my dad since he had come to us in confidence. Did I do the right thing by sacrificing his trust in us to keep a secret like that?

On the same level, we are his children and problems he has with my mom and their finances should not be our problem. I just don’t know what to do now. Do you have any advice for me?

Although I appreciate your distress, I do not feel you did the right thing by betraying your father’s confidence – and I imagine on some level you agree with me, or you would not be so agitated. It’s the old “two wrongs don’t make a right”. If you were upset at your father, then you should have confronted him and let it play from there.

Instead, you brought your mother (and your sister) into this and why did you do this? Well let me take a guess.

You are a double Capricorn with a Cancer Moon. In other words, you’re a control freak. You want to call all the shots! So when your father did something you deemed “inappropriate”… something outside the lines, well God help him. His daughter is going to come down on from on high, and I think you can figure out the rest. Here’s my advice:

Apologize to your father. Tell him you made an error in judgment and promise that in the future you will exercise more restraint.

Further, your mother and sister also deserve an apology. See, whatever your father confided in you… well obviously you didn’t like it. But it was you who got the whole family embroiled and for this you need to take responsibility.

Next time? Try something along these lines:

“Dad, why are you telling me this without Mom’s knowledge?”

And then listen. Because you’re not “little” anymore, okay? And there is no excuse for one adult to betray another. 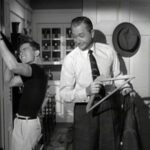