I was discussing the What’s a Married Man To Do When A Woman Flirts With Him? post that inspired such passionate reaction with a pal. I explained I wouldn’t spend 5 minutes with a man who would flirt in a bar like that and I realize that many will read this and believe I am delusional.

That’s because they project their experience but I’ll tell you something, I am not a stupid woman.

I have pretty good idea who I am running with. I have never in my life had to cry, look what he did to me. Ao I just want to tell you about these other kind of men and how this works. This is not because I think I am superior because I surely don’t. I just want to create a reference point for women who might have use for one. Just in case your mother didn’t tell ya, see?

I require a lot of energy. I don’t deny it, I don’t hide it and any man who gets anywhere near me sees and feels and knows this. Matter of fact, there has never been a man in my life who was not afraid he did not have enough energy for me and this would be a real concern.

This is not because I ever threatened a man (though I have warned a few not to bore me). It’s just very clear if you want me for your girlfriend, you better have some energy and you better know how to focus it.

I return the favor of course so the fact here is a man who is with me is busy. He’s got demands on him and it takes everything he has and if he’s going to run around… if he is going to spread his energy around, he is simply not going to have enough to sustain a relationship with me.

You’ve got to keep your eye on the ball, that’s just all there is to it and I am SURE that every single man who has ever spent more than a week with me in my life would tell you this is true.

So while other people don’t mind their men out leaking their energy all over the place and I completely understand that… I do and this other scenario exists. I am telling you it does. The circuit is closed.

So women who think they can get any man, well maybe they can. But if they can get mine, I wouldn’t want him anyway. I’d consider him a commoner for one thing and who wants one of those?

There are many types of intensity. Those of us who want to mine the gold produced by alchemical process keep the lids on our relationships and if you try to penetrate you’ll find yourself thrown to the wolves.

We just won’t entertain distraction because it’s not entertaining to us. It’s not our “currency”, see? We want the gold and the gold only so when you approach us to try to interfere, not only do you not have anything we want, you threaten our access to the thing we do want and people like me will turn you away every time without question.

Again, this is no remark on people who have other currencies. I could care less what another person’s currency is. I am just telling you that this is mine and I am not alone.

Astrologically, I think we’re talkin’ about Pluto types here. The soldier puts it very succinctly, “I am interested in depth rather than breadth.”

There are lots of ways to be and this is one of them. 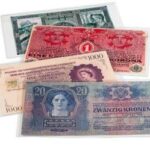 Astrology Of Love and Money and Satisfaction