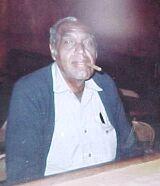 Posts regarding the Saturn Neptune opposition in the sky start here: It’s a Hall Of Mirrors and We’re All In It

Anyway, this story vividly illustrates how the energy in a chart plays. I have a strong Saturn Neptune signature in my chart and it just turns up everywhere all the time. And with Saturn currently opposing Neptune in the sky if you pay attention you’ll see the effect of these two energies combined all around you.

Look for magic, because so often this is what it is.

LB was an African man who cleaned the bar where I worked from the time I was 19 until I was 21. I don’t know the whole story, but I do know he cleaned this bar in the middle of the night for 40 years.

The owners were good people. There was major relationship between them and LB, deeply respectful in both directions. LB owned his home free and clear and indicated if not for one or two things they had done on his behalf many years prior, this would not have been the case.

Anyway, he’d come in the bar after closing around two in the morning, to clean after everyone had gone home, and he did this seven nights a week. He liked it.

“I like to mop this old floor. I feel like it’s my floor, Elsa. This is my floor to clean.”

I didn’t argue. He was in his eighties and he’d know. I came in at six in the morning to open the bar. Yep. Six AM. 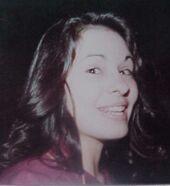 I’d heard of “LB” but I’d never met him because he was done cleaning before I got to work. Then one day he was sick. He was terribly sick and the unthinkable happened (for Capricorn). He showed up late to work and we collided.

I had a key to the bar and I unlocked the door and found him in there cleaning. He startled me.

“You must be Elsa,” he said introducing himself. “They’re not kidding. You’re young, all right.”

Next thing you know, we moved our hours. He started coming in late and I started coming in early. We only had to shift our schedules 15 minutes or so and this was long enough we could have a visit before anyone showed up for a drink. By 6:05 I would have several customers in the place and he would head home.

LB talked about his life and I talked about mine and we both laughed ourselves stupid. It was just one of those things. It was a phenomenon. There was an inexplicable bond between us, observable by anyone. Well, astrology explains it, but you know… I would go as far as to say I have never liked anyone in my life more than I liked LB. And he may have very well felt the same way about me.