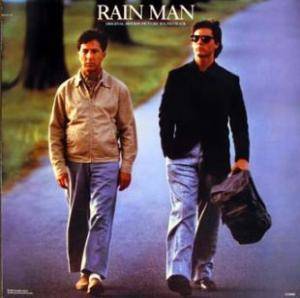 I met my editor, HQ, in 2002. He had been reading my original blog for about a year and he contacted me about putting a book together.

That first phone call, I really went off on him. I have that Mars Mercury conjunction and I just started swearing and yelling. HQ is a gracious man and he had called with this generous offer. I responded by telling him to piss off, except I used a lot more colorful language, just ask him.

But when destiny is involved none of this matters. The relationship progressed in spite of me, and this dialogue is from the second or third conversation, I don’t remember which:

“So what are you? Are you some kind of idiot savant?” he asked.

“I know what it is!” I snapped. “I know what an idiot savant is. You want to know if I am Rain man? Are you kidding? No I’m not Rain man! No, I’m not an idiot savant for Godsakes. Are you serious? You are seriously asking me if I am an idiot savant?” I shook my head on my end of the phone. “Well hell, HQ. I don’t know. Maybe I am. Maybe I am an idiot, and I don’t know it. No one has ever told me this before, I can tell you that. So you’re actually telling me you think I’m an idiot? This is what has occurred to you as an explanation for me?” I was completely discombobulated.

HQ mumbled, trying to backpedal some, “No. I don’t think you’re an idiot. I was just wondering… er, never mind. It’s just… just forget I even said that. I never said that…”

But I’d quit listening. I was too busy trying to think quickly and figure out if I was an idiot and if so, what type.

~~
That was five years ago and HQ and I have become close friends since. And I don’t think about this conversation that often but as I was writing that last piece about visiting him in New York, I recalled it. Because while I was there, I collided with one of HQ’s peers. His business partner, specifically.

And I’d met this man before, briefly. We were introduced at HQ’s wedding so I had an opinion of him and it’s very favorable. His energy is very upbeat and he’s super friendly, big smile. Further, he’s smart ashell and in fact he put this blog together for me even though I don’t even know him, so what more do you want in a person?

But anyway, as I was writing yesterday I was thinking about seeing this guy and about people I have met via HQ, in general. And they all seem to look upon me a little strangely. They look at me as if I am a curiosity or something which is fine, because it’s valid. I am a curiosity, this much I know.

But yesterday it occurred to me that for all I know, HQ tells people something like this:

“Look. I’m bringing Elsa. You’ll like her. She’s very interesting. She’s an idiot savant but don’t mention because she has no idea and if you say anything, she’ll get really pissed…”

Now I think I imagined this but you never know! Most the world thinks I am volatile, and I don’t know what the hell they’re talking about.

Swing one helmet at one dick when you’re a kid and that’s it! You’re tagged for life!

skip to Introducing Reality to the Deluded

How are you tagged? What does the whole world think of you?