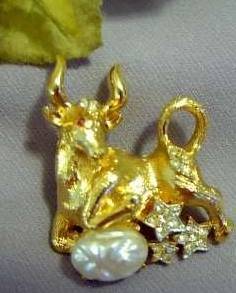 I’ve never gotten into a real relationship because frankly I’ve had two in high school, and though I can flirt, kiss, and be intimate… I feel that relationships are a dead end for me. I feel so “defeated” in a relationship, that I’ve avoided dating and even flirting altogether for almost half a year now!

I’m so torn apart of what I want. My mind says find a catch that’s stable and worthwhile, while my other half demands privacy and unconventionality! I fear imprisonment with every relationship I enter, since feeling owned, objectified or controlled is such a no-no for me. Help!

Your chart perfectly reflects your email and you have got to be one brilliant chick to have this figured out when you’re not even twenty. So don’t worry! When you’re smart as you are, you can find a way.

Here’s the astrology: it’s your Mars in Gemini that flirts. And Mars in your chart is emphasized because you’ve got a motherlode of Aries – the sign that Mars rules, also known as “raw male energy”. Now does a warrior want to be someone’s little wifey? I don’t think so!

Further, you have an Aquarius Moon, and Venus in aspect to Uranus. The Moon and Venus rule the “girly” stuff and with Aquarius/Uranus involved, you will never stand for convention and/or restriction. You want complete emotional freedom, and a terrific degree of space in relationships, as you’re well aware.

So here’s the problem. Well, there’s two of them, but they are related. For one thing, you’re a Taurus. Bummer, man. Not in general, but with the rest of your chart, look out. Because Taurus is an earthy animal. Taurus has tactile needs. Taurus has skin hunger. Taurus needs to be touched. And if you want to know how Taurus gets along with Aquarius, well check this:

Remember my double Aquarius pal, Kay? Well she hooked up with a Taurus. She was quite attracted to him, however his body made her half insane. See, he would throw his leg over her when they slept together and she would be lying there, pinned and freaking out.

I know you can relate and do you see my point? You are both these people in the same body! And you also have Pluto in the 8th house, opposing your Sun and this adds up to a sex drive that will not be denied. So what to do?

Well, forget tradition. It’ll never work. You’ll be on your own among your peers in large part, but so? What you want is a friend (Aquarius) you can be intimate with. And I don’t mean “fuck buddy”. It doesn’t have to be that way, and I can assure you of this, firsthand.

See, I am like you… a more toned-down version. And when I was young… which lasted for a long time, lol – I could not be tied down. But this does not mean I was not attached. I was enormously attached. I met a man when I was fifteen and went on and off with him for seventeen years! When we were not intimate, we were friends and get this:

It’s going on thirty years later and we still are. The physical relationship ended some ten years ago but we are in close contact to this day. He’s is a life-long love… albeit unconventional. So this is one option and there are others.

I am currently in the most intimate relationship of my life by far, but I am unmarried. We live nearby, not together. And you could not find two people more bonded, believe me. But we do it our way, which involves some space.

So you get my point. You know what you’re looking for and I advise you don’t compromise. Because it’s out there, I promise you that. Good luck.

Leave a Reply to the commitment phobia Cancel reply