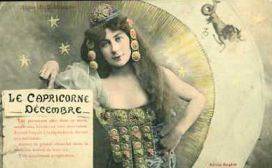 I’ve been traveling and decided to come to a certain city because of a man I met through an online group. We hit it off on e-mail and he persuaded me to visit this beautiful city… in the last three weeks of knowing him, we’ve not left each other’s side (well, to work and sleep)… he is thoughtful, bright, caring, funny. I spent so much of my time laughing and laughing with him.

In many ways, he’s everything I’ve been looking for–sensitive, warm, affectionate, observant, perceptive, intelligent, funny–and he’s not the typical angry guy I usually find myself with. He wants to be close with someone, have intimacy, raise a family where we each share roles. We have a lot of the same visions about how we’d like to live. But here’s the thing. He’s a writer–like me–and neither of us earn very much money. He has other options (and he’s only 30; I’m 35), but I have a feeling we’ll always be scraping by, especially once kids come into the picture.

Right now, he’s living in this foreign city I mentioned, even though it’s not his hometown. I’m returning to the US. But I think this kind of connection can be rare and hard to come by. We don’t plan to have a long-distance relationship. He’d likely move to the States.

Anyway, to sum it up – the good news is that he is slowly trying to show me how to be close to someone (I’ve had big-time issues with fear of commitment) and I am nervous about being so close to someone. I especially don’t like this “shared roles” thing where each of us is earning money and raising the kids and working from home. I feel so much more comfortable with the idea of him going off to work and me staying home with the kids. What’s that about?! He’s Leo. I’m a Cappy. Help!

The birth time you gave me was approximate, but if it is accurate within an hour in either direction then you are actually a double Capricorn. And even if you’re not, you have a stellium in Libra… planets in Aries and what amounts to an ultra- cardinal chart.

The Cardinal signs want to control things and if you read through your post you can see the thrashing about is all due the fact you cannot be in love… or have a relationship of any kind without all kinds of compromise and accepting imperfections of all kinds and types. So this is a challenge for you just in general. To live in a world in which you are not able to dictate every dot and every i.

But what further complicates things is your Venus in Aquarius in aspect to Uranus which is also conjunct your Moon. That’s your commitment-phobia and it’s not going anywhere. So the way I see it, you’ve set up an impossible situation here. Let’s see…

Your lover lives in a different country. Money is important to you but he is poor. To fix this, you want him to give up what he does… because he is younger (?) so that you can stay home and do what you do, even though you don’t think any of this will work. Well I agree with you! It’s not going to work. It’s not going to work because there is not love in this equation. There is the idea of love but it is ungrounded – and it appears doing what it would take to ground it is impossible for you, so you get the idea.

Without fundamental change, this relationship is going up in smoke as will the next and the next. And I would apologize for saying this but hey. If you wanted otherwise you would re-think your thinking and come up with new priorities. As it is your priority is to stay safe and in control in an unsafe and uncontrollable world, consequently you are working towards a goal that can never be realized. 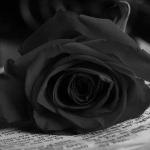 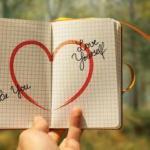 Do You Have to Love Yourself Before You Love Others?