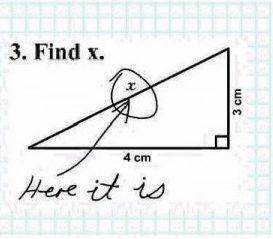 This is another post on parenting. It may be provocative, I don’t know. It may be asinine for all I know but to me it’s a mind-bender so I thought I would throw it out here.

You may or may not know that satori is an expert on narcissism. I am not. But I listen carefully when she talks about this and some years ago she mentioned a game that people play, “How little will you take?”

In this game, the partner does as little as possible to maintain a relationship with you. Say it is a man and they want to get laid. They don’t really care about you but to keep access to you they will do very minimal things which you opt to accept for whatever your reasons may be. For example, maybe the guy tells you that your eyes are pretty and he may want to have children some day and for that you cook and clean and perform in the bedroom.

Everyone knows someone like this but here’s the quirky thing on my mind. I see kids today (little kids / preteen) who do as little as possible as a matter of routine. They do not strive, they do not try hard or do their best, they do not do a good job or even know what a good job is because their parents and our society does not require this of them. No Saturn, see? There is no discipline.

As real life example, if my son flunks a math test at school, he is allowed to take the test again. I mentioned this to my friend, Ben, who has worked in the school system for 25 years. He said if you flunk the test the 2nd time, you can take it a 3rd time, a 4th time and 5th time. “If you flunk the test 5 times, they will put you in a room with a teacher one-on-one and they will basically take your little hand in theirs and help you fill the answers in,” he explained.

Now I don’t think he was exaggerating. I do think our children, by and large are taught and trained to make a very minimal effort and how do you think this is going to wind up in 10 or 20 years? Will their be a decent husband out there? A decent wife? A decent mother or father? Because in my experience, you really have to work hard to achieve anything, or to develop any character…or self esteem for that matter.

Imagine a society where everyone does as little as they can. It’s laughable. You can’t have a society, or a family or a business or anything else unless you absolutely apply yourself and here we are teaching our kids to do anything but.

These kids are not going to be able to wake up one day and have all the skills that they should have developed during their childhood, be at hand via some sort of magic. This is a horrendous failing as far as I’m concerned. You fail as a parent if you do not teach your children about reality and make sure they have the life skills they will need to sustain themselves both independently and in relationship.

I try to imagine being married to a man who can’t pass a test in 5 tries and whines that it is because the test is too hard or it’s because he’s somehow disadvantaged. I can’t do it. I wouldn’t want to be in a room for twp seconds with a man like that.

Women complain about how little men do now, well what about this next generation? The women who accept so little from men, are raising the boys now, for the most part. You can extrapolate from there.