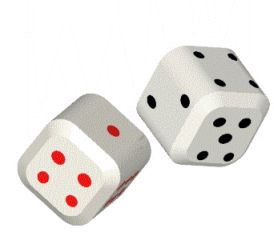 I wrote this in 2009. It’s eight years later – nothing has changed.  Get a load at how clear cut this is. This is how you learn astrology!

I wrote about the opposition in my son’s chart here: Strife Between The Parents.  This aspect causes my son a good deal of grief. Still, the energy is in his chart and undeniable.

This stress constellates around him wherever he goes. I have an example that is stunning and simultaneously usual. It demonstrates to me that if you have something like this in your chart, you can’t run and you can’t hide.

My son and I went to therapy for awhile. While I think the therapist looks bad in this anecdote, I don’t think he was incompetent. He had thirty years of counseling experience which he put to very good use when working with us. Knowing this only makes my point.  I don’t care who you are. If my son is in the room, people are prone to end up diametrically opposed with a conflict that is very hard (perhaps impossible) to resolve.

We were in the session working on just this issue. I told the therapist that Vid’s father and I disagreed on virtually everything that two people can possibly disagree on. I said that I thought this caused Vid a lot of problems but I had no idea how to resolve the situation.

“Give me an example of something your parents disagree on,” he asked my son.

I kept a straight face.

The therapist grinned and then asked something that surprised me.  ‘Which parent thinks what..?”

The therapist laughed.  ‘”Oh, well your dad is right!  Yep, your mother has this one all wrong… she’s just wrong is all. She’s wrong about this completely…”

I was stunned. I waited a minute to make sure what I was doing and then confronted the therapist who just set up the exact conflict I had just described. But here’s the thing: Vid has Libra!  So when the therapist sided with his dad, that made two against one. They were men, no less, so Vid immediately slid to my side.  And there you go.

This stuff is not really resolvable unless you agree to disagree. Even when you do that, it still leaves Vid holding the bag.

Do you scrutinize the people around you to feel better, or do you scrutinize yourself?  Two completely different philosophies there. I won’t be giving mine up anytime soon. This is shown in Vid’s chart by the way.

He has Jupiter and Mercury in Aries aspecting his Moon. That his mother will fight for her beliefs is vividly described in his chart (and hers). So what are we supposed to do about this, hmm?

Could it be that dice land how they land and as they were meant to land?

Check out your child’s natal report!