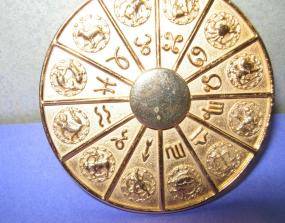 “Child grooming” is the term given to the process where an adult befriends a child and gradually lowers their inhibition so they may be sexually exploited. It’s a good term but the concept of “grooming” a person (or a group of persons) for some purpose, is widespread and common.

I started thinking about this when I watched The Marinovich Project. Todd Marinovich aka ROBO QB, was raised by his father to be the best quarterback in the world.  His father literally trained him from birth, starting by stretching his hamstrings when he was in infant in his crib.

I’m not a big sports fan but I was aware of this story as it unfolded, because I was in sales at the time.   People liked to talk about Marinovich so I followed his story. I admit I was captivated.

I am sure this influenced my perception of the documentary. I enjoyed it. It featured both the father and the son and I felt it was honest and even-handed. They managed to tell the story without demonizing anyone, which is something I really appreciate. Hey!  Thanks for not attempting to brainwash me!

I finished the show very aware of how extreme a story this is, but then I wondered if it were really that extreme after all.

In reality, you have a baby.  I don’t care who you are, you have a way you want that baby to be. You may want your baby to be healthy, or to not eat meat, or to play the violin or hold certain beliefs or whatever. You try to groom that child into becoming what you want them to be. Invariably you fail.

I wonder if the difference between Todd’s father and every parent is that his father was more ambitious.  It would be like grooming your child to be the richest person on the planet as opposed to trying to get them to be merely wealthy.

I have thought about this a lot since seeing the program a few months ago. I am more aware not just of individuals being groomed (with or without their consent), but of entire communities being groomed and here’s the upshot of all this…

Todd’s father ultimately failed at his goal over time. Average parents wind up failing over time as well.

I suspect this is also true when groups of people are groomed to some end. If I find out I am right about this, it will be very relieving for me, because I just don’t think people should relinquish their lives and/or their souls to another person’s agenda.

Astrologically, if you want insight into what your parents groomed you for, check your 4th house. I think you might be surprised.