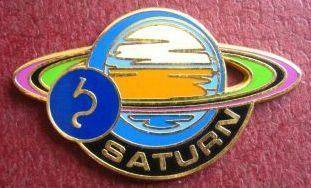 I’m in love with a Sagittarian and he once said he loved me. But the problem is he has a girlfriend.

I met him late last year when he joined our music organization and we started getting close February of this year. We started sms-ing everyday, sometimes until the wee hours of the morning. We talked about everything/anything. We went out with friends, to watch gigs etc. In short, we became very close and this is quite unusual for me because I’m normally uncomfortable around guys. I fell in love with him. And I heard from a friend that he has a crush on me.

By the end of March, the trouble started. I began to feel played. He was being very attentive and sweet to me in spite of having a girlfriend. In fact he spends more time with me than he does her. I confronted him, he then told me he does have feelings for me but the problem is he’s committed. Anyway, we then decided to avoid each other to make things right (i.e. to prevent us from getting too close).

By end of April, we made contact again, but in the end decided again to avoid each other because we saw that we still had feelings for each other. Two days later he broke up with his gf, I was the first one he told it to and I comforted him. A week later they were together again. I was deeply hurt. I avoided him until end of May when I decided to move forward and forget my feelings for him. I met him again.

Early June, we were drinking with friends and got carried away. He kissed me and started making out at the backseat of his car. We dated, we went out 2 or 3 times until I told him I felt very guilty knowing that he has a girlfriend. That’s when he told me he loved me and this is the first time he’s had an ‘affair’. (His past relationships lasted long and his current one is on it’s 3rd year) We decided to be just friends again until he settles things.

July’s almost ending, nothing’s been settled, we’ve been just-friends and lovers on and off. We’ve been spending so much time together, almost everyday. He invites me to watch his basketball game, to come to his band practice, etc, that our other friends who know he has a gf are starting to get suspicious of us.

Sorry this is quite long but I just wanted to show you how confusing and emotionally draining the first half of my year has been. I’m confused of what he truly feels for me. And I really need an advice on what to do now, I’d really appreciate the help. 🙂

Of course you are being played. You are also playing for Godsakes, so what do you expect? Did you slip on a banana peel and land on this guy’s dick? No. You deliberately mounted him and now you get exactly what anyone with sense would expect. You get to be this guy’s piece on the side and I’ll tell you where you’re losing the plot.

Throughout your mail, you are trying convince that this guy really likes you and is spending time with you over his girlfriend etc. You are simultaneously in nearly complete denial over the fact both of you are of low character and you seem to think this can work out. Well here’s a reality check: it can’t.

His friends are not “suspicious”. I have no doubt they know exactly what he is up to. He is spending a lot of time with you, no doubt because you are screwing his lights out… but why? To acquire him? To get him from the other woman? And if you manage this what do you think you’ll have? I’ll tell you.

You’ll have a boyfriend who cheats on you and flaunts it in front of friends. You know. He’ll bring his other lover to his games and show her off. She’ll dress sexy at them too, wanna bet? His friends will laugh.

Look. You have screwed up. You have played and been played and there is no way to win. All you can do is cut your losses and I am sorry this is harsh. But the fact is, you’ve got a Saturn transit going and this crap just will not fly. 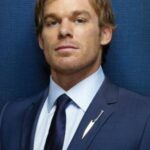 The Astrology Of Dexter – Michael Hall