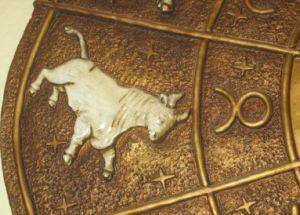 I am 30 years old, and have been through a handful of relationships. I have tried to be selective about those I have partnered with… and yet out of the 5 relationships that actually became physically intimate, 3 of the men cheated on me – 2 of them after 4 years together.

I have found that I am now at a point where I have lost a great deal of faith, not only in men and relationships, but in humanity, in the existence of a higher power, and in so many things that once colored my life. This attitude has remained now for over 3 years. I have no real desire to date (though, I do from time to time, casually, just to test the waters) and don’t feel like I ever will.

Is this true? Is it the correct path for me to remain alone?

Your “correct path” is something for you to judge. But thirty years ago, an Aquarian told me felt that everyone needed to be a big deal to someone. And my grandfather Henry, a Buddhist sort who lived as a hermit for a time, also went on record to say he did not feel it was healthy to isolate. Last, my friend HQ who edits the advice on this blog told me he felt life was very hard and he could not imagine trying to go it alone. And I agree with each of these people. I just think people need love to thrive. So what about your chart?

Well you don’t look like a recluse to me! You’re primarily Taurus and Scorpio which are both signs with a great need to connect. But these are Fixed signs, loathe to change course and this is what I imagine is causing you the problem.

It sounds as if in the throes of of the pain of betrayal, your Scorpio Moon amputated “relationships” and this is no surprise. You cauterized to stop the bleeding. But now a habit has formed. You’re in a Taurus rut. And when you’re this fixed, you could go a long, long time in this desert without a drink if you don’t make a conscious effort to change course. Which I think is what you actually want, otherwise why write me?

So here’s a path out. And there is more than one of course. But this is the most liberating, long term that I can think of:

You have to face the cheating. Some people cheat! It can happen. And while it’s nice to use your spider senses to try to suss out who can be trusted and who cannot it, is even nicer to understand that if you hook up with someone and they betray you… well, you’ll survive it. This is the only way to be free, see?

And believe it or not, if you can adopt this attitude, you are much less likely to be cheated on. It’s like a law of nature. Whatever your terror is… well frequently the universe will deliver exactly that, over and over and over until you are no longer scared!

Now I have never cheated on anyone in my life, so I am pretty good bet on the loyalty front. But the other day my lover who is a Scorpio told me he would be very surprised if I were to betray him. “And hurt,” he said. “But I’d get over it…”

So there you go. That right there can be your blueprint. See, you’ve already proved you can survive betrayal, so why not take credit?