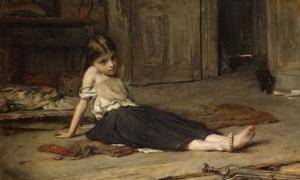 My prodigal daughter came home last year.  We talk, frequently. She’s planned a visit and now has an airline ticket in hand.  We’re both excited.

People like to lie about me; I don’t know why. But some took advantage of the tragedy of our separation. I was accused of all sorts of heinous things, I never did. This still goes on.

I was thinking about my daughter’s visit. Some think it is risky. I don’t care what they think. Whatever happens to me; I can take it. This should be obvious to anyone who’s read here for long. What I could not take is knowing I’d harmed one of my children.

Whatever ever it is that you believe, I would not like to find myself standing before God, trying to explain how I harmed one of my children.  That’s not going to happen. Words fail. I then thought of the astrology.

This made me wonder what markers might indicate a person would harm a child.

I’m thinking that some of you out there know a lot about this. What have you seen?
I also wonder if there is someone out there who does have have a bad impulse… but they control it.