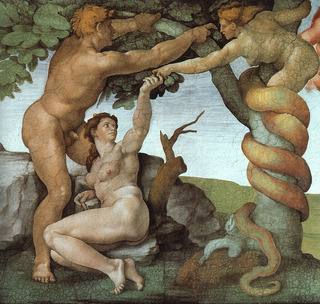 I recently got married to a man that I considered to be perfect. I had never known anyone like him – he didn’t seem to have a lot of the typical “male” behaviors, and I respected and admired that about him. I had asked him about pornography in the past… not in an accusatory way, but just curious if he ever watched it. He said no, and I was so proud! I never had a reason not to trust him because I had known him for several years. It never occurred to me he might be lying.

So I guess the next part of the story is pretty predictable. I found over 20 pornographic movies saved on his computer this week. This led to a long evening of crying, apologizing, pleading, etc. He swears it is a problem from his past that is over now, but I’m taking this is a huge disloyalty and I feel duped. I can’t help but feel like I don’t even l know him anymore – I’ve never been so hurt in my life.

I think you have your work cut out for you if you want to maintain your relationship but it is as much because of you, as it is him. This is where I am going to focus since you’re the one writing.

That said, you have a very large problem yourself and it’s independent of him. For one thing you called him “perfect” – this is a total figment of your imagination. Nobody is perfect. And to throw him up like that is a set up. He’s bound to fall at some point… leaving you, the Pisces to say “look what happened to me…”. Or in other words, play victim.

You are not dealing with a REAL man. You want this fantasy man. You want this special man who is not really a man, but something you dreamed up and if you don’t get a handle on this, you will surely leave this guy… feeling wronged, disillusioned and victimized and then what?

Well, you’ll go right back out there and do it again. You’ll find another man and pretty soon, you’ll have all his bad qualities erased or denied… you’ll be in dreamy love with Prince Charming again, for about three months, before he too reveals himself as mortal…

If you want a real relationship (and you may not), then you are going to have to let people be people. And people are jacked up all over the place. ALL people, this is. So do you want a man, or a hologram you dreamed up?

If you want an actual man, he is going to have to be able to tell you who he is, good, bad and ugly, and you’re going to have to deal with it. If you can’t do that… if you insist on making a man a God and then playing the victim when he acts like a human, then obviously all roads will lead to Rome.