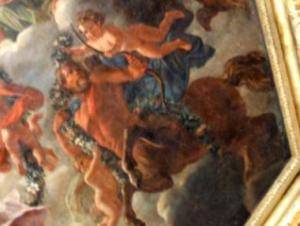 My husband reminds me how little people care.  These are people in ‘caring” professions!  The first time he explained this to me it was jarring but I’ve come to learn how right he is.

“They’re just doing their job,” he said. “They don’t care one whit what happens…”

Initially he sounded jaded. But as I got deeper involved, the truth of what he said was undeniable. Comprehending this has opened doors.

It is one thing so say you care. It’s another to actually have the emotion. I’m not judging this.  There are people working in various fields who see so much crap, they’ve no choice but to shut down their feelings, in order to function. I strive to keep this mind when dealing with various systems because I actually do care and I always have.

I was a bartender from the time I was 15-23 years old. I cared about my customers so much so I became unable to do the job once I got old enough and sophisticated enough to see how destructive drinking was in their lives. When you want to tell your customers to go home, as soon as they walk in the door, it’s time to quit.

I care about my clients now and the people who read this blog.  I care as a way of life and this is something I project.

I figure if I care, the other person must care. The fact is, often they don’t care at all. People care about things but they do not necessarily care about the things you care about or the things they say they care about.  The next question is what do you do with the information?

I have Chiron in Pisces opposing Pluto .  I think I own the Pluto and project my compassion on to humanity.  I have survived via this mechanism. I have also been destroyed.

When you say you care about something, do you or is it just words or a function of being social?