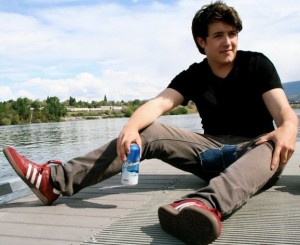 Nearly everything in my son’s chart is in cardinal signs. He has planets at early, mid and late degrees and a grand cross consisting of Moon in Libra, Saturn in Capricorn, Mars in Aries and Chiron-Jupiter in Cancer. With sun-Mercury also in Cancer, he’s a sensitive guy. The outer planets are hitting his chart like a storm. Last week he and a friend were invited to a “party” of former friends where he was assaulted and held down while his friend was jumped and severely beaten by four guys neither of them had seen before. This week he put his nose to the grindstone, worked a full schedule and went to school.

One week after the beating he got a flat tire. Should be less problematic, yes? No. I don’t know how to change a flat tire and neither does he. I know little about cars and haven’t been able to teach him much. Other men in his life do know, but they don’t teach him, Saturn (restriction) opposing Chiron-Jupiter (wounded mentor/teacher) squaring Mars in Aries (male energy) opposing his moon (needs). This weekend anyone in his life who was in a position to help him figure this out was out of town, too busy or just plain avoided his calls. His dad went so far as to shame him for not taking care of it himself. Add to that the fact that he had to work this weekend and he was sick. His life is hard.

A grand cross is full of frustration. His needs and drives are inflated by Jupiter and thwarted by Saturn, with a good dose of pain that never goes away, Chiron. However, it’s a closed pattern and this energy circulates. He doesn’t give up… ever. He keeps on working it (Saturn Mars); you can’t keep him down (Jupiter moon). I think this is going to pay off for him BIG TIME. This is why you often see difficult aspect patterns in the charts of successful people. Difficulty builds character if you stay in it and keep moving forward. The payoff is that you train up and learn the skills you need to survive and thrive. If you keep on moving forward eventually you get somewhere.

Has adversity ever paid off for you? Have you acquired skills you needed to succeed? Can you see the astrology?