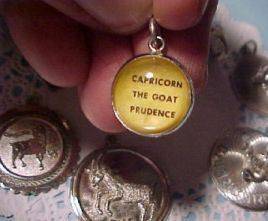 My mind is a mess. I followed my husband to a new country six months ago, we’ve been together for five years. We’re not married but we live together and our feelings pretty much are the same. We love each other but fight a lot and keep our financial independence but share bills and expenses. So far everything is normal but I started working in an office. It never crossed my mind my boss would develop feelings towards me since he shouted at me and was very harsh all the time. He is married but his wife is living in another city. They see each other weekly.

Last month his wife started to pressure him to fire me. She said I was too arrogant and probably would have an affair with her husband which wasn’t true then and isn’t true now. I tried my best to treat her with courtesy so she could feel that I am not a threat and I’ve succeeded to a point. I even laughed at the idea that we would fancy me because we are so different and stubborn.

Two weeks ago he told me he did fancy me a while ago but he had gotten over it. I laughed and told him I did not believe him and since that moment he has started to pressure me and make me believe he really cares for me. I tried to explain to him that I don’t feel the same way. I do care about him but not that strongly. Deep down I don’t want anything bad to happen to him and that’s about it.

I decided not to go to work but the next day he called me repeatedly and begged me to return. I came back mostly because I need the money and my husband is very strict so I did not want him to suspect anything. But things aren’t good. He still pressures me and I warn him I’ll go away. He insists he cares about me and loves his wife. I love my husband but sometimes feel I am losing control because of all the stress. Everyone tries to control me, my feelings and my decisions. I could try to find another job but deep down I don’t want that. I want things the way they were before.

I want to push my boss away gently but I don’t know how to do that without losing my job and him and me and my husband. I am losing my mind and I don’t want to talk to anyone about it. I need good strong objective advice.

What a complicated situation. I am sorry but I don’t think you are going to be successful in pushing your boss away gently. He is clearly attracted to you and I would expect this to increase not otherwise. Secretly I think you may like this some. It’s good for the ego and you have a Leo Moon and I don’t mean to judge this. I just think acknowledging it will give it less power to keep you so beguiled with your own life.

There is that but you’ve also got an attraction to a good story and I think this has some play as well. It is as if you are an actress in a drama but you have written yourself into a corner and now need a way out.

The way out is reality. Reality is: the guy is married, you barely like him, I think you’re bored and even if you could successfully push your boss away… I bet you anything you’d be looking around for the next love story within a day or two. This is who you are Workplace, so the real question is this: what do you want to do with your life and your talents? Because this is the other key – You can’t have it all.

You just simply can’t have it all and if you go back up and read your own words, you will see this is also what you are trying to do and my vote?

I say, quit your job and find a new story because this one is played out unless you want to have an affair and take the story in that direction… which is seems you do not.