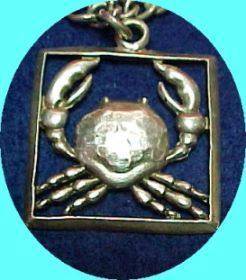 I am young woman who’s started a relationship with a guy who lives thousands of miles away.

At first we agreed to “just try it and see how it works,” but it is becoming increasingly frustrating. Both of us desire to have a future together but I am confused about what to do about the present situation. He is an Aries and I’m a Cancer, and people often tell me such a union is destined for failure.

Aries and Cancer is a tough match, though I would not say it is, “doomed to failure”. What is doomed to fail is any relationship where the people involved live thousands of miles apart! In fact, I would say there is no actual relationship until and unless the two people spend time together in person. I mean, it’s fine to meet online but then what? Who is going to move?

If no one is going to move and put the thing together, then how is it going to come together? It’s not. And how likely are you to move when you are already feeling frustrated? You’re not likely at all.

I think this relationship has served you because with a 7th house Moon, you want to be partnered. But with your Moon in Aquarius, you don’t want to be too close!

You also have a stellium in Cancer in the 12th house and the relationship allows you to live in a state of â€˜divine discontent” – but will anything ever come of it? I would say no. I imagine one day it will disappear like a cloud and I’d apologize for that but I am not at all sure this would be bad news.