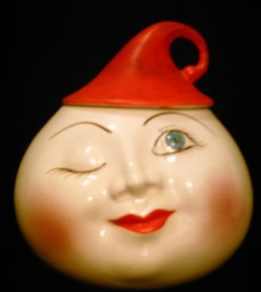 Dear Elsa,
I’ve been dating a 31 year old Pisces man for six years now. We undeniably have a strong and inseparable emotional attachment to each other. We’re best friends and there is a mutual love between us but there are a few problems.

Even though he’s very affectionate, he’s very secretive and is an alcoholic. After he left the clink, for the past two years he has lived with his parents and I’ve lived in an apartment in this tiny retirement town in the middle of nowhere. Even before all of this, he never could pay his rent on time. His mother and I are both Cancers. Since he’s moved to his parent’s house, even though he’s still sweet to me, he doesn’t spend very much time with me anymore.

I’ve explained to him that I do not want to constantly visit him at his parent’s house and pretty much stay alone at my apartment. He is also in denial about his alcoholism. I’ve read books on the subject and am trying my best to handle it appropriately. He’s a “live for the moment” kind of guy. We love spending time with each other but he does not want to face reality about how to be self-reliant.

A few weeks ago I caught him drunk, and making out with a girl from his job. After tons of tears between us both, we can’t stand the thought of splitting up. I explained to him that I can’t trust him yet. He thinks that since it’s been a few weeks, I should already be forgetting about it and never bring it up. I can’t, not yet. I asked him if I could check his cell phone but he hates giving up his privacy. He says I’m too jealous of other girls. I then tell him I wasn’t before, but now I just want to trust him again.

He is a great guy and I want him to have other friends, guys or girls (me too)! But I also want to trust him. Then he changes the subject. When we used to work together, he never left my side but I didn’t make him. I believe he’s sorry but he can’t seem to face reality about how trust is earned. What should I do? I feel I’ve found true love but not a real relationship. Thanks in advance, from one watery mess.

I hate to throw dirt on your watery mess because it’s going to ruin it completely. But I guess you’re writing for a reality check, so here it comes.

You have an infant on your hands. You have a 31 year old man dependent on his biological mother, his other mother (you), and apparently looking for a third mom in the form of another woman.

When he gets busted and pisses off Mommy, he cries a few tears and you go right back to sacrificing your life, sitting in your apartment waiting for this baby to grow up when it is never going to happen. I am sorry but I don’t think you have a viable relationship here in any way shape or form. I appreciate how devastating it will be to read this because you are obviously deeply invested. However, someone has to say something because it is your life and it is going by.

As for what is going to happen here, it does not sound as if this guy has the least interest in getting sober, nor does he actually care about you. You tell me how he cares about you. Does he care by leaving you alone in an apartment while he sucks on his bottle at his mom’s? Does he care for you by cheating on you? And what are you up to anyway?

Why do you want to play mommy to an adult man? Never mind that he won’t let you check his phone. Why are you even willing to do something like that?

Let me ask you this: do you really think this is what you are supposed to do with your life? Were you born to baby-sit an alcoholic? I have a hard time with that. I don’t think that’s right. I think you have Venus opposite Neptune and the bottom line is, you are addicted to the addict. And I say forget about him and save yourself. Hit an Al-Anon meeting. Go in person, or go online… but go. Because this relationship is going nowhere and I can’t believe it ever will – so forget his sobriety and fight for your own.