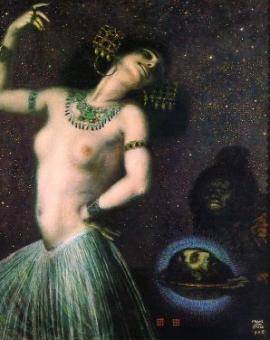 Now when you’re talking about Cancer men, you have to look at the Moon in the chart to see what you’re dealing with. And in Scott’s case, his Moon is in Aquarius, so he is going to want to shock his family.

But beyond that, Pluto and Mars are involved so it’s no big surprise that Scott decides to made this pronouncement: “All the women in this family are whores!” right in the middle of a holiday get together.

Now had I been there, I’d have snickered for sure. Actually, I’d have snorted loudly. He went on to elaborate…

“Every woman in this family is promiscuous! You’re more promiscuous than the men by far! My own mother doesn’t know who my father is, for chrissakes…”

You think they’d string him up but no. He’s their boy, man. He’s their baby! He’s not Scott, he’s Scotty! So he can get away with this.

Matter of fact, if you say anything bad about Scott… if you complain about him in anyway, the women in his family will burn you down! And deny!!

So have you ever seen this sort of phenomena with Cancer Men? What about people with their Moon in Aquarius shocking their family? Tell us your stories!