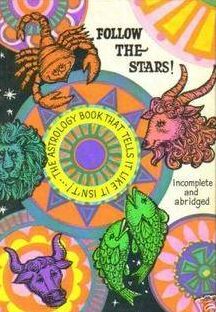 Astrologers can see see things in charts that cause problems in a person’s life. I spoke with a client this morning who is concerned about various patterns of behavior in her past. She can point to the thing in her chart that would be the culprit and while she is not wrong, people evolve as they age and the way the express themselves changes.

This process may be deliberate, but often enough we simply outgrow things, whether they be people, beliefs, hobbies, or whatever.  During the consult, I compared this to hair, which grays over time. You don’t have to do anything to make your hair go gray. It’s natural.

It’s also natural for people to mature or to just experiment with new ways of directing their energy throughout the course of their life. As an example, I write now. I have written virtually every day for 15 years. I never wrote a word in my 20’s and 30’s. Clearly the way I express the Mars Mercury conjunction in my chart has changed.

In my 20’s, I snorted cocaine and had snot dripping from my nose. ::laughs:: What’s that got to do with today? It’s completely irrelevant. That was a million years ago, or may as well be.

Here’s a tip: Be willing to let go of ugly stuff in your life. Puke it up, examine it, make amends if appropriate and the let it go. You can start acting in a positive manner any day you choose. Once you do this, try to focus on that and let this other stuff drop off. Build on your success in the moment, rather than allowing your past to destroy your future.

Have you ever simply outgrown some negative behavior or bad habit? Tell us.