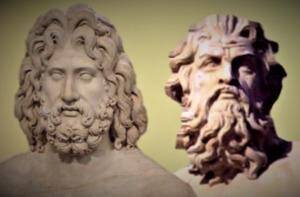 As Jupiter prepares to make its final pass across Pluto while on its way out of Capricorn, I thought this was a good time to talk about the way the two planetary energies combine.

On the surface, the two planets couldn’t be more different. Jupiter, the Greater Benefic, brings with him joy and expansion. His very presence is a gift. Pluto, on the other hand, brings loss, pain and destruction. He drags you into the depths and tests what you’re made of. But what happens when the two planets transit the same point at the same time? I’m in a unique position to talk about this, because every major Pluto transit of my life has had Jupiter transiting conjunct Pluto. Every single one!

When I was just beginning to study astrology, I recall wondering if Jupiter’s influence would cancel out Pluto’s. Maybe Jupiter’s bounty would mitigate the loss that Pluto promised, right?

The thing about Jupiter is that it expands whatever it touches. Whether it be money and knowledge or pain and loss, Jupiter is the cosmic amplifier. Jupiter also lifts things and puts them on a pedestal, which isn’t such a good place to be in when Pluto comes around. So when Jupiter inserts himself into a Pluto transit, the losses are bigger, the fall is farther, and the pain is more acute. Simply put, Jupiter makes it worse.

At least, that’s how it seems. But Jupiter does offer a deeper, hidden benefit. Jupiter provides meaning.

Typically, with Pluto transits, the losses are so staggering that it can take years or even decades to fully process what you went through. But Jupiter provides a little boost. When Jupiter is involved, it is much easier to see how your pain fits into the larger narrative of your life. You can figure out what lessons Pluto is there to teach. You can start integrating that knowledge much sooner, which allows you to bounce back faster. You can get your life back.

Look at it this way. With a Pluto transit, you’re going to get dragged under. There’s no avoiding it. Not even Jupiter can stop it. But what Jupiter can do is fill you with helium so that you can float back up.

So as this cardinal clash breaks up and we begin to prepare for a new chapter, spend a little time thinking about how this last year fits into your greater story. Especially if you have planets in the late degrees of cardinal signs, take a moment to think about what you’ve lost, what you’ve learned, and where this journey will take you. You may be flat on your face right now, but Jupiter will get you back on your feet.

Have you had simultaneous Jupiter and Pluto transits? What was it like? 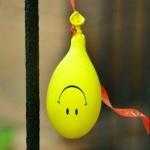 Why Does My Jupiter Transit Suck?