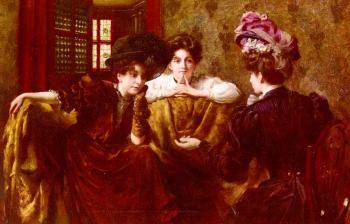 People gossip around here, more so than I’m used too. I’m talking about my real life, not the Internet. It’s not everyone, but it’s a lot people.

Those who don’t gossip fall into the “mind your own business”, camp. It’s generally a bad scene when these two groups mingle.

I’ve always had a lot of secrets. I don’t think it’s possible for a person to have a packed eighth house like I do and not have a vault of some kind, stashed somewhere. But I also have a need for interaction. I like to discuss things!

I do not like people to discuss what I discuss, though I realize it happens. I learned a long time ago to recognize a sieve. I use people like this to disseminate information.

I do not mean I “use” in a negative manner. Some people are Mercurial, designed to transfer information. It’s like mailing a letter. You don’t put something in your mailbox unless you want it to travel.

What I don’t like is people who work to extract information from you, to be used as social currency.
I also don’t like people who indicate they will keep a confidence but won’t… or can’t because they just don’t have the self-restraint.

I know a couple people at this time… they definitely gossip. I’ve been working on them for two years. I’m trying to get them to stop. I would not be doing this if they were not trying to stop. This is a couple. They always want my view on things and I told them point-blank, “I can’t tell you that because you have big mouths. You spread things around and it causes harm…”

They were shocked when I said this, but hey! If you ask me enough times, WHY, I may answer your question and if I do, that’s it. You have the information you wanted and now what?

If you’re a gossip and you want to stop, somehow you have to come to understand that talking to someone is not about being “in the know”. The idea is to have an honest exchange with another human being that has some kind of integrity.

I notice some people who want to talk behind your back, try to frame it as if it’s some kind of good deed. If everyone “understands” my personal business, they they can all work together to do what? Manipulate me? If you really care about someone, you’ll learn to keep your mouth shut.

I think this is interesting because these people are trying to leave one group for the other. They’re really trying and I can see how hard it is for them. In this case, gossiping is a habit. The norm is, “I’ll find out and then tell you…”

They just don’t think about the devastating effect on the person who’s pieces are passed around as social currency.

Do you gossip or enjoy hearing gossip? What’s the astrology?