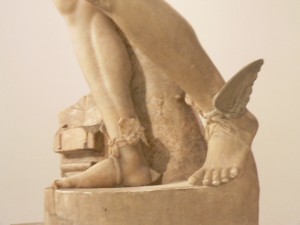 My son and I are both having Uranus and Pluto transit our natal Mercury.  We’re talking a lot. He’s 14, so I was a little surprised when he defined himself and his intelligence. He said a number of things. I want to focus on one of them.

My son feels he has a good sense of humor and a lot of range on this front. It makes sense, astrologically. He has Mercury conjunct Jupiter!  But a lot his jokes go over people’s heads.  His humor can be lowbrow, but more often it’s sophisticated and this causes some problems.

For example, one of his teachers had to bring her 8 year old to school with her for some reason.  This is high school. The kid must have been petrified because he had his hands over his eyes and didn’t want to look at anyone.

The teacher sent her son to go hang out with my son. To sit with him.  This makes sense. My son is safe and he’s kind.

Reading the situation, he told his teacher and her son a joke to set them at ease.  “It was an easy joke,” he said.  “But they didn’t get it.”

I asked him what the joke was. I got it immediately, but we’re related. I considered why they missed this joke, because I knew there had to be a reason. I realized he talks fast and it was a clever joke.  I also imagine they were nervous in the situation, but bottom line, they didn’t get the joke so it wasn’t funny.

We were talking (Mercury) his future (Jupiter). I agreed, he has a keen sense of humor. This quality has been apparent since he was a toddler. “But if you ever want to do anything with this gift, you’ll have to make it accessible to other people. Telling jokes and seeing them slip by people may be amusing, I don’t know. But if you want to go further with it…if you are going to do this for a living somehow…if you want to write comic books or do stand up comedy, you’re going to have to find a way to connect your mind with the minds of others. If they don’t understand you – that’s it.”

I work on this myself, daily. I have to make astrology accessible, but I also like to talk about things people aren’t necessarily interested in. If I can’t find a way to reach others and sync up with them in some way, I’m going to be very lonely.

I also told him to work very hard on his writing.  He writes his stream of consciousness, they same way I do. It can be very hard for people to follow.

“A comedian is a communicator. He’s a writer.  You have this talent, but if you’re going to use it, directly or by incorporating into something else you want to do, it’s imperative that you connect with your audience. You can see there is a block there and if you decide you want to pursue this, you’ll have to figure out what that block is, and get rid of it.”

Could you do as better job of communicating? How hard do you try to connect with others?