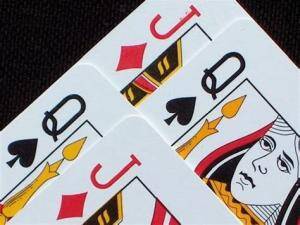 I had striking conversations with two clients this week, dealing with the same phenomena. It’s the fact you can know someone for years and miss a key point of their character. A person can also miss their own character! I’ll explain.

In the first case, I told a client that someone in their life loved to brood. Loves to brood? Whaaaat?

If you have a lighter character or just tend to be happy, the idea a person might enjoy brooding is not likely to occur to you. “Brooding” might not even enter your mind and this not a failure. It would be like me running into someone who was passionate about hunting. I have no earthly idea what that feels like.

Notice there’s no judgement here. There’s just a big void in this “hunting slot”, in my schema. Until I meet someone who loves hunting, considering it is not likely to enter my mind.

I thought this was interesting but then enter client #2. Competitiveness came up in this consultation.

Many of you know I have Mars conjunct Mercury my chart. This aspect is pushy and it wants to win. I used play cards with my father when I was a kid. I loved cards, especially Double Pinochle. My father and I played as partners, routinely beating people to a pulp.

Do you see how I’m talking? That’s the mindset. We took “in it to win it” to a whole other level. If you’re wondering, yes. My father also has Mars conjunct Mercury. 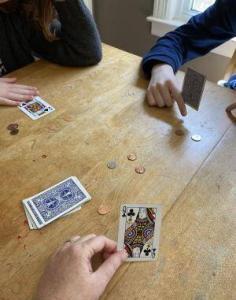 So the client is at the metaphorical card table with someone like me. Blood pumping. Straining to win. WANTS TO WIN,. Wants to be first. Wants to be on top and prevail. This is taking place behind their poker face. The client is playing cards but the Mars Mercury person is at war.

You see the picture there. Everyone looks normal. The person who is calmly playing cards does not realize the person they are playing with has adrenaline coursing through their veins. Raw male energy, raging.

The aggressive person (me) has no clue the other person’s heart rate is stable. I think you are trying to beat me at the same level of intensity I am trying to beat… everyone.

I no longer do this but it’s only because I stopped playing games. I don’t like the feelings that come up when I do. I hate the racing feeling and the easiest way to avoid it is to avoid competition. This is what I’ve done for decades.

These consultations made me think about this over the last couple days. I recall sitting at the card table; I’d have been ten years old or so.  We played, exclusively with adult men and while I’d been instructed to sit calmly and not tip my hand under any circumstances, my impulse was opposite that. I sat still but maybe you can imagine the stress.

The revelation here is in coming to understand the men I played with, outside of my father, were most likely just out for a night of cards. Yes, we played for money, but in general, the average person plays cards to relax and be social. It certainly isn’t life or death to them… and I sure wish I’d have known this at the time.  It seems a big piece to miss!

So I’m telling you so you can know it at this time.  The person you are dealing with is NOT you. Even when you’re related!  My father and I have this one thing in common, without a doubt. It does not mean we line up down the line. Clearly we don’t.

This is also a good example of the value of astrology.  Is competitiveness shown in a chart? YES. Is the love of brooding shown in  a chart? YES. But you have to be able to read a chart or you’re not going to see it.

Also, when you see something like this is a chart, it gives information but it’s not definitive. Am I competitive? YES. But I’m not competing and I go to great lengths to keep it this way, leaving this aspect of my Mars Mercury conjunction to play in other ways. Effective communication?

It’s a big deal when the veil drops and you see you’re constantly interacting with people whose insides are foreign to you.  A lot of things come from this. You might see the idea you’re going to remake them in your image is truly fruitless.

“Hey, Elsa!  Let’s play cards and just relax about it.”

Oh really? How? The minute I see the cards, my heart comes alive.  Open the pack and it escalates. The sound of shuffling? I’m  a boxer waiting for the bell to ring. Deal the cards and it’s steely concentration – kill, kill, kill!

Can anyone relate? What do you think of this? 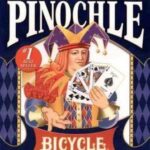 What If Your Natal Chart Is Extremely Complex & Challenging? 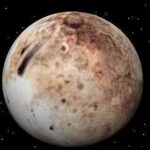 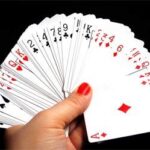 When People With Depth Cross Paths With Veneer Types