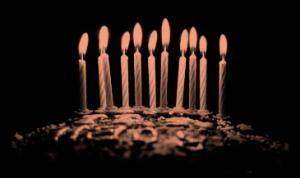 If you have Lilith in the 12th house of your chart, her themes will manifest in terms of isolation, the shadow, and limitation. She becomes the energy that stands in our way even as she offers dark gifts.

In traditional astrology, the 12th house is known as the house of Bad Spirit. This is where our own shadow meets the shadow of the collective. Our darkness reigns here, and is it very difficult to face and utilize the energies of any planets here directly. With Lilith in the 12th, you may deny or minimize your own darkness until it comes erupting to the surface.

The 12th house is also associated with hidden enemies. With Lilith here, it feels like there are forces working against you, coming at you from every angle. You may build up resentment and paranoia, which will prove to be far more corrosive to your soul than your enemies ever could be.

The 12th house rules limitation and restriction of all kinds. You may have found yourself at some point in life feeling stuck, or maybe even literally trapped within institutions like hospitals, prisons, or psychiatric wards. And if you have, it is likely that you were falsely confined and had no business being there. But either way, you have been isolated in some manner and have had to pay the social price.

While I could easily write a book on this placement, I will end here. The 12th house does just hold our shadow. It holds our gifts. When you are able to be quiet and sit with your shadow, a magnificent flower begins to bloom. You are able to build compassion for humanity like none other, and it is here that you begin to find your freedom. Let your gifts grow.

Do you have Black Moon Lilith in the 12th house? What is it like?