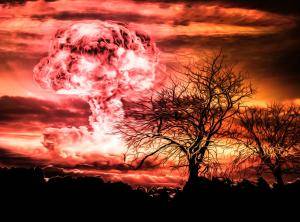 If you have Lilith in the 8th house of your chart her themes will manifest in terms of fear, other people’s money, psychology, and forces outside your control. This house brings to fruition many of the most intense aspects of the Lilith myth.

With Lilith in the 8th, there are wounds in terms of money, particularly the type of money you have to ask for and claim. You have likely been jerked around, treated unfairly, or outright denied by creditors, lenders, insurance companies, or in matters of inheritance. In one way or another, your rightful claim as been rejected.

In traditional astrology, the 8th house is known as the Idle House, or the house of lowering to the ground. It is where the vibrance of the Midheaven slowly sets until it has little power to affect the world. For this reason, it is also associated with death, taxes, and all powers that are greater than us and beyond our capacity to control. These are forces we can’t mitigate or soften. We can’t do anything but react. And with Lilith here, that feeling of powerlessness creates a primal rage. Lilith was victimized early on by forces outside her control, and the entire rest of her myth is the story of trying to harness her impotent fury into something she could use. With Lilith here, you, too, will rage and wail in frustration as your anger butts up against immovable objects over and over.

This is why Lilith in the 8th house also affects psychology. When all that righteous fury can find no external purchase, it is forced to turn inward. Here Lilith digs her talons into the fertile soil of the subconscious, and here she begins to find her power. With Lilith in the 8th, your own psyche is both a power to be feared and a source of infinite growth. As you churn the soil internally, new seeds begin to sprout. Seeds of freedom, of personal power, of spiritual resurrection.

There is so much to discuss with this placement – more than I could ever hope to convey in one post. But I will try to sum it up. When you encounter injustice at the hands of external powers far beyond what you could ever hope to control, it’s natural to rage, fight, and flail. But that same fury has the capacity to become the greatest nourishment for your soul. Allow it to fertilize the darkest corners of your mind, and find in yourself a power that dwarfs that which sought to oppress you. Learn to wield that power and let it set you free.

Do you have Lilith in the 8th house? What is it like?