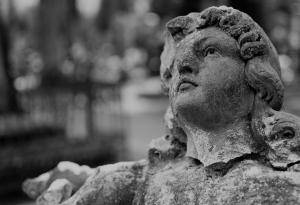 If you have Lilith in the 9th house of your chart, her themes will manifest in terms of religion, philosophy, and education. Lilith is the means by which your world is expanded, for good or ill.

In traditional astrology, the 9th house is known as “The God” and is concerned with religion, spirituality, and overall worldview. With Lilith here, it is all too common for this experience to be dark and unjust. This can be in the form of spiritual or religious authority being used inappropriately in order to scapegoat or control you. It can also manifest in terms of direct abuse by members of the clergy as well as secular authorities such as mentors or professors. But, of course, there is more to it than that. Lilith in the 9th house tends to create a sense of wounding about beliefs in general. You may have been swallowed up by an all-encompassing belief system and had to fight to regain your individual freedom. You may also have been cast out and marginalized due to heretical beliefs, whether in a spiritual sense or in a more mundane group setting. One way or another, your beliefs failed to conform and you were wounded because of it.

The 9th house is also concerned with our personal narrative, how we tell our story. The way you conceive of yourself as an agent in the world is fundamentally colored by Lilith concerns. You see yourself as the scapegoat, the outcast, the underdog, the one who has had to fight and claw for their little bit of agency and freedom. Yours is a story of great struggle against forces that would seek to hold you back. You find your freedom by rejecting those forces entirely and striking out on your own.

The 9th house also rules that we consider matters of greatest importance. The 9th house blows our world wide open. With Lilith in the 9th, you are fundamentally concerned with issues of power, privilege, and inequality. Your world was thrown open when you realized just how much suffering, pain, and misuse of power there really is in the world. You may tend toward a worldview that emphasizes power struggles and class consciousness. This inherent feel for the way power and resources are divided in society will be a driving factor in everything you do.

While there is of course so much more to say, I’ll end with this. While the systems of power are so vast and the people who are elevated by power misuse it so wantonly, there is still hope. Your willingness to understand that misuse and the way it forms itself into a cohesive system is the first step to making change. Your ideas may be deemed silly or outside the norm, but that doesn’t mean they’re wrong. Continue the freedom fight, not only for yourself but for us all.

DO you have Lilith in the 9th? How have you experienced it?