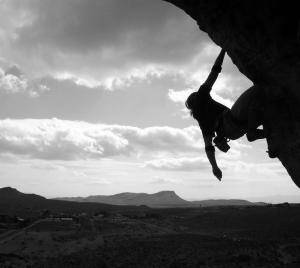 If you have Black Moon Lilith in Capricorn, the struggles you’ve encountered through your Lilith placement have made you strong and responsible. You learned how to get ahead while others were sleeping.

However your Lilith wounds have manifested (shown by the house your Black Moon Lilith is in), you’ve discovered that security, to the extent that it exists at all, is something you build yourself. Watching other people flail and founder, you realized that no one knows what they’re doing. No one is coming to save you. And even if they were, you wouldn’t want it. You have carried the burden of responsibility for so long that you know no one else could manage like you do.

Carrying so much for so long as made you a powerhouse. No matter how exhausted you are, there’s very little you can’t achieve. And achieve you do. One of the very few ways you gain some sense of safety is through your accomplishments. You probably learned that a list of awards and accolades is the best way to insulate yourself from life’s ups and downs. In fact, this may have been the primary way you received any kind of praise or positive attention growing up. The problem with achievement, though, is that it paints a target on your back, which is something you are well aware of.

Because your way of attaining security creates even more insecurity, you operate from a scarcity mindset. It feels like life is a great precipice, and you’re hanging on to the edge of the cliff by your fingernails. In order to deal with this fear, you’ve learned to develop a stoic façade. You certainly feel plenty of emotion, but you instinctively understand the folly in showing those emotions to the world. Authenticity feels like vulnerability, and vulnerability feels like defenselessness. You know better than to leave yourself exposed. In this way, you have purchased your safety at the expense of your own emotional honesty.

One of the best ways to blunt the effects of Black Moon Lilith in Capricorn is to lean on Cancer, Capricorn’s opposite sign. Cancer carries a heavy burden as well, and operates with the same security concerns that you do. The difference is that Cancer doesn’t do it all alone. Instead of relying only on themselves, Cancer recognizes that there is safety in numbers. By spending a little more time building emotional relationships with the people around you, you could form a team of allies to fall back on when you’re in need. Cancer also knows the value of people over pennies. On their deathbeds, no one ever wishes they had worked more or made more money. They wish they had spent time developing intimacy with the people they love.

There is so much to say about this placement, but let me say this: Your strength and practicality are so important. You are a builder, and that is your superpower. As you work to create a world in which you can feel truly safe, your skills will be absolutely essential. Just make sure to bring others along for the ride. You, too, deserve support.

Do you have Black Moon Lilith in Capricorn? What is it like for you? 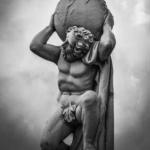