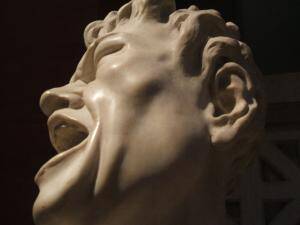 Much has been said about the upcoming square from Mars in Aries to the stellium in Capricorn in the coming months. But what doesn’t get as much attention is that Lilith will be right there with him, stirring the pot and giving voice to our pain. So what can you expect?

·        A Primal Scream. Already we have seen unrest with communities that feel they have been subjugated rising up to make their voices heard. I would expect this to intensify as Lilith enters the picture. Lilith rules the underdog, those who have been rejected and trampled upon. Adding Mars into the equation is like giving her a flamethrower. And the square to Saturn, Jupiter and Pluto will amplify the effects and make it possible for her to bring unjust institutions crumbling to the ground.

·        Who Shot Who? Lilith was famously scapegoated in her myth, being turned aside for merely hoping to be equal. With her joining an already volatile situation, I would expect there to be scapegoating on all sides. It will be incredibly difficult to determine who exactly the perpetrators and victims are. There will be a good argument to be made for all sides. To navigate this, I would steer clear of anything that looks like an easy target. It is all but guaranteed to be a trap.

·        Separate spheres. Lilith’s ultimate destination was to carve out a space where she can be truly authentic. Many of us are already siloed into ideological echo chambers, whether it be from the media we consume to the people we keep in our lives. I would expect this to accelerate when Lilith joins the fray. Protesters may even create autonomous zones in cities in which only those sympathetic to their cause can enter. On a more positive note, activists and organizers will have the opportunity to build lasting community ties. People are also more likely to come together in solidarity to clear up their cities and try to rebuild after all the turmoil.

Mars square Pluto and Saturn was already a tense situation, but Lilith’s presence turns it into a powder keg. To navigate this, focus on lifting up and amplifying the voices of those beneath you. Stay away from simple answers and easy targets. And above all, work to create a kinder, more equitable space for us all.

What do you predict with Lilith joining Mars?