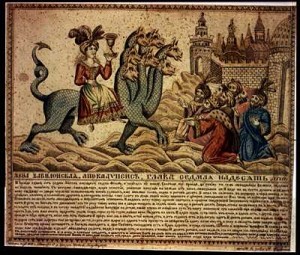 “We must learn and then teach our children that niceness does not equal goodness. Niceness is a decision, a strategy of social interaction; it is not a character trait. People seeking to control others almost always present the image of a nice person in the beginning.”
–Gavin De Becker

Gavin De Becker is a security specialist and well-known author of several books on protecting yourself and those you are close to. Having read two of his books what stands out to me is his advice to listen to your intuition and act on it. Primarily I remember his admonition “when people tell you who they are, believe them.”

People in our lives tell us who they are constantly. They tell us in words, in actions. Many times we don’t choose to listen to what our intuition tells us about their motivations. There are lots of reasons for that but probably the main one is that we don’t want to accept it because it is not what we want to be true. But that doesn’t change the facts.

Black Moon Lilith is the embodiment of self-interest. She has a feminine polarity and cuts through the crap of the niceties. Lilith is the voice that says, “This is bullshit; jog on!” Lilith with a Venus filter might say it with a pretty veneer, but the message is still there, “I’m sorry, but this doesn’t work for me.”

Whether your Lilith placement is harmonious or challenged, one can reap the benefits by listening to the intuition and making a judgement for self-preservation. Here’s a story of three women and how things go wrong when you ignore your Lilith revelations. Four of us went dancing, two other women, myself and my man. One woman glommed on to my man, going as far as to hump him on the dance floor while he and I were dancing together. Had I listened to my good judgement and my intuition I’d have cut the night short when I saw where it was going, but I finally did at that point.

The next morning I got a call from the other woman that the humping woman had contacted her asking about my man and talking about his sexiness. I let that gal know that I was aware of the situation as she had also contacted my man. I called the woman and let her know that what she had done was completely unacceptable to me. I didn’t have to cut ties with her, she did it for me. However, the gal that called me continued her association with this woman. She wanted to be “nice” and wanted to believe the humping woman that it had all been some sort of misunderstanding.

It’s not mine to judge. The nice gal is judging herself harshly enough. Some people learn lessons the hard way. I am often one of them. I’m just glad I listened to my Lilith and avoided this particular vicious woman.

Do you listen to the voice of self-preservation? What’s your Lilith situation?