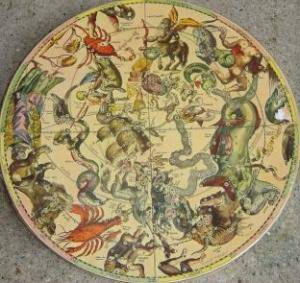 I could use some advice on healing the bitterness in my marriage. I’ve been married for nine years. The first two or three years, I was pretty mean and angry a lot of the time – kind of like the typical “shrew,” but with more bite. I didn’t speak to him nicely, and generally gave him little respect. Incidentally, this is exactly how his father treated him.

Well, of course my behavior was not without repercussions. Over the next 5-6 years of our marriage, he developed an intense rage problem. I took care of everything during this time, because I couldn’t rely upon him and also because dealing with him was so emotionally draining. Also, I wasn’t sexually attracted to him, because the rest of our relationship was in such turmoil; this fact was a particularly painful focus of his rage.

I have taken full responsibility for my actions in the past. And despite being a Cancer, I’m not the type of person who enjoys living in the past. But at the same time, I don’t think the past should be ignored if it’s knocking at my door, as it seems to be lately.

So many times throughout the bad times, I found myself wishing he would meet someone else, even entertaining daydream scenarios of him dying. The bottom line being that then I would be free, without him clinging to me.

Acknowledging these feelings opens up a deep, dark place, but I think that I need to work through those feelings somehow. I don’t know what to do with this darkness, how to deal with it without either hurting myself or our marriage.

Yes I have ideas. I think you should go about fixing your marriage, sideways. Indirectly. And this is not some kind of trick, or psychology; it’s your chart, talking.

See, you have all this focus on your relationship. First it’s you that’s the problem, then it’s him… now it’s you, and I think you’re just really lost. The dark feelings are real of course, but they have little to do with him. It’s like being bitchy for three years, five years, four months or whatever. What’s that got to do with someone outside yourself? Nothing. It means you’re an unhappy son-of-a-bitch and nothing more. And why is that?

Well, you’re unhappy because you are not fulfilling your destiny on this planet. And I am thinking if you can forget about your husband for a second and get yourself busy manifesting your own identity, it will have a positive effect all the way around.

So how about I tell you about you? Your whole chart is tied up in the 3rd, 9th and 12th houses, with the emphasis on the 12th. People with a packed 12th house learn they must serve or suffer. So who are you serving?

Judging from your post, this is a foreign concept to you and that’s not a criticism. Do you see what I am trying to do? I am trying to refocus you in a direction that is authentic. Because if I can do that, the problems with your partner will begin to solve themselves. This is a universal law! When you hit the right path, support is there. When you’re flailing like this, it’s a problem.

So the 9th house is about your beliefs. It’s about exposing yourself to a variety of people in order to expand. What do you believe, anyway? What are your ideals?

And the 3rd house is about your ideas. What do you think? What do you think (3rd house) about what is going on internationally (9th house) and how does it make you feel (12th house)? This is where your focus belongs. And yes you are intense, but so? We need intense people in this world. You can channel that into anything you want!

But I’m trying to tell you that you are wasting your life worrying about your husband. He’s not your gig! Are you a Libra? You’re not! And I promise you if you better align yourself with these much larger principles, if you will get out and live in the bigger world, you will see improvement on all fronts that is beyond your wildest hope.