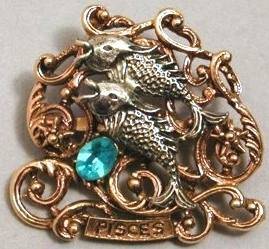 My husband and I have been having some problems. He was diagnosed with bipolar and narcolepsy. He had a history of using ephedrine to compensate but has been drug free for almost 3 years.

Bipolar is a serious mental illness and what and how your husband is doing on a day to day basis has very little to do with you at all. He has a brain chemistry thing that is going to eclipse anything you might do to try to have an impact.

So I say, get him to a doctor… or keep him under a doctor’s care if you’ve already got him there and then do everything you can to learn about bipolar. Read books, join a support group, read some of the blogs out there. Do what you can to understand this so you can begin to draw a line between you and his illness but essentially, this is a boundary problem.

You’re a Pisces you know, with Venus in Pisces, Chiron in Pisces so it’s going to be very hard for you to separate out from him. But I am sure you can do it and in fact transcend his illness but not without copious amounts of information and people to support and ground you. So get out there and look for them and I am sure the universe will oblige.