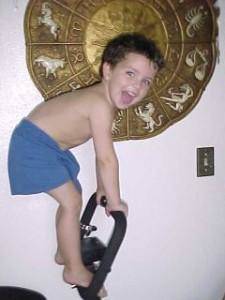 I found myself in an empty nest, suddenly and unexpectedly.  We moved across the country; this was planned. Our son was to move with us. As a matter of fact, our move was timed by his request. We were going to move, eventually. But he wanted to go to college here, so we moved a year before he graduated high school to establish residency.

He drove out here with us on the move. He was to fly back to Colorado, finish the school year and then come home…to the new home. It was six week gap.

Well, something happened. At some point he decided he was not going to move. He, uh…neglected to tell us this.

I smelled a problem fairly quickly, but could not confirm it for weeks. I was floored. Seriously, my husband was in a truck at the time. My son and I fixed our old house to sell and talked about moving on a daily basis. I had no inkling whatsoever, anything like this could happen.

He had Uranus and Pluto transiting his angles at the time…as well as his Moon, Mercury and Jupiter. Life upheaval, right? This is what was planned but in the end, he busted this move and I yes…I was DEVASTATED. What sixteen-year-old moves their family across the country…and then pulls this crap?

Well, I don’t know much about teenage boys. Thankfully, my husband was here. I also spoke with my friend, Ben, who teaches teenagers. They both told me I best hold my cards.  This is what boys do; he’s become a man.

He blew off my birthday, Christmas, Mother’s Day…everything.  He did not speak to me for months…I wasn’t even sure I had his phone number. I did not want to call him, too afraid of being rejected.

I didn’t do anything to this kid, by the way.  Except move across the country at his request.

Eventually he was going to come visit here…everyone told me to be cool. He had these transits of course. He arrived detached. I really felt he came here to get his belongings….

Yeah, he’s a Taurus. And since he was moving here, his stuff was here outside of a few clothes for those last a weeks in school. In other words, it wasn’t a great visit.  He was cold. Standoffish. Guarded. Read to defend. But it was a visit, right?  That’s what my male advisors told me! This puberty crap is no joke with these boys…

So fast forward to today.  My son is in his sophomore year of college, he’s 18 years old. He’s an RA and a straight A student, studying engineering.  But here is what has me flabbergasted…

Well, first he’s visited a few times now; he’s become a person with a clean room – how about that? But beyond that, recently he added me to his snapchat.

Now I didn’t have “snapchat” but I signed on so I could see the jokes he posts.  I was pretty flattered he shared this with me. I told him, I was not going to make any remarks so I did not get blocked!

I have been enjoying his stories for a couple weeks. I learned to chat with him and then some other people started adding me. I ignored this. I don’t know anyone; I can barely use the thing. But then my son told me it was his friends adding me. Can you believe this?

Six of my son’s friends, and his GIRLFRIEND have added me on snapchat. It’s so cool. I mean, come on! Is this cool or what?

So now I have this window into college life. It’s amazing. In return, I post dog pics.

I’m posting this for mothers who have been dumped by their teenagers, especially during Uranus transits. You have to keep your cool, that’s all there is to it.

I also want to say how deeply humbled I am. I feel this is an extreme privilege and an extreme act of love from a son to his mother. Seriously, every time I see the kids names, I feel teary. I could never have predicted this in a million years.