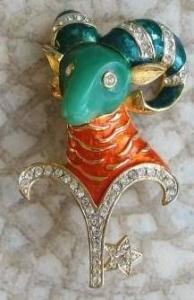 What is the strength of a natural chart?

I made a remark on my post, How To Handle A Scorpio Mars In The 8th House, a person may envy someone with a natural (Aries-rising) chart.  Several people asked why.

If I can’t have planets in exaltation, I would like them placed in the signs they rule, where they are high-functioning. If I can’t have that…well  I just want any advantage I can get.

This is not to say that people with horribly messed up chart don’t or won’t excel. They do!  But who wouldn’t want the best raw material?

An (early degree) Aries rising chart is called a “natural chart” because all the signs fall on the cusp of the houses they (naturally) rule.  You’ll have Libra on the 7th, ruled by Venus.  You’ll have Sagittarius on the 9th house, etc.

As to the advantage, let’s jumble them up…

Aries ruling the 7th creates challenge in relationship. Yes, it can be dealt with but there is no denying, Libra or Venus in the 7th house makes it a lot easier on a person.

With a natural chart, you’ve got this instant advantage of a degree of clarity in your life. It’s like a bell, perfectly rung. It’s like clear eyes vs crossed eyes. There is a purity to your chart and it’s also uncommon!

There are 360 possible degrees, rising. We’re talking about 0-10 at the very most.

It’s hard to see and appreciate your natural gifts. But let’s say you’re five years old, headed to Kindergarten.  The kid with the natural chart has an advantage over the kid with a jumble to work this. He’s naturally ordered.

This doesn’t mean kid #2 won’t pull in front of the kid with the advantage over time. He very well may.

That’s why I wrote, “may be enviable”. In the end it depends on what a person does with what they’ve been given.