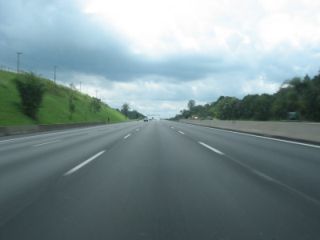 I think with a packed 8th house I am always aware of death and my philosophy, “don’t drive by without stopping” extends even further. Inspired by Zucherro’s song, “No Regrets” about a dozen years ago, I decided I would try very hard to never do (or not do) something that would cause me to have regret and I’ve been fairly successful.

I have mentioned I few times I drive a long way to see the soldier. I routinely drive 5-600 miles just to spend the day with him before I turn around and drive back and maybe now you know why. To not drive to see him would be unthinkable.

How would I like to have him dead next week but I was too busy or lazy to go spend time with him when I had the opportunity? No thanks. Instead I see him every chance I get and give him the best love I have at all times. And I am pretty sure as long as I meet this standard I will be able to cope with loss of whatever kind when it comes.

I learned some of this from HQ who told me some years ago he thought he was a pretty good friend. He said he tried to be the best friend he could be, and if someone decided they did not want him for a friend, he could accept this because he’d know that he tried his best and given his all.

I adopted his philosophy because I realized that it makes no difference what the other person does. If you love them well and they love you lousy, so what? It has no result.

And it turns out people who love well are always in demand and people who withhold and meter out their love… well it catches up with them eventually. You get to be a miserly old bastard I guess.

I do the same thing on this blog. I am never here with half a heart. I give everything I have every single day and consequently everything else is irrelevant.