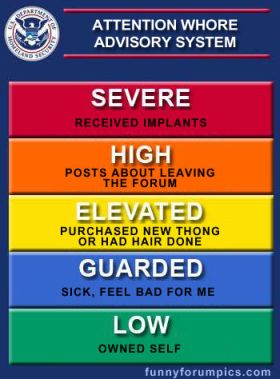 “Attention Seekers…Elsa, how does this show up in someone’s chart?

I’m asking because I’ve been running into a lot of this lately, both online and in real life. It frustrates and annoys me, even though I’m a Leo, the sign that’s supposedly forever seeking it…well, not this one.

I got a lot of unwanted attention as a kid, and since then, I’ve spent a good part of my life avoiding it. Now, I don’t like completely obliterating myself…I simply value my unique talents. I don’t like drawing attention to them or myself.

Woah! You’re just a tad judgmental. I want to pay attention to that! Here’s what an attention seeker might say to you:

“What is it with these people who think they write the rules and standards for the people around them, huh? I’m a Capricorn but you don’t see me doing that. Why can’t they live and let live the way I do?”

One person’s “attention-seeking jackass” is another person’s entertainment and glee.

As to your question, astrologically, yes. Leo typically likes to be seen as do people with a lot of planets in the 5th house. However there are many other configurations that describe a person who gets a lot of attention. For example, people with planets on the midheaven are bound to be seen.

But I think all people are attention seeking, because everyone has a Sun and that thing is going to want to shine.

Take a Scorpio. They want attention! They want you to know that they can screw your lights out and if you doubt this just get in bed with one.

Even the quiet signs want attention. They just get it by being the person in the room not drawing attention to themselves.

Libra wants to be known as a peacemaker…you get the idea.

I like your question but I think it has way more to do with you than the people like my grandfather (pictured) who liked to stand on his head in grocery stores.

Someone with Jupiter overload really can be obnoxious. However they also offer others the opportunity to be entertained.

The easy answer is this: if you don’t like attention seekers, look away. But if you do, I don’t know what you’re going to do for entertainment because these things are intertwined.

Your thoughts on attention seeking are..?