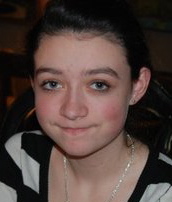 Knowledge outside of rational bounds is a tough subject to broach. You never know how it will be received. Today I am profoundly grateful to an ElsaElsa regular who contacted me with a bit of information acquired outside of what could be simply explained. She put herself out on a limb and I heartily appreciate her generosity of spirit. Communicating the “woo-woo” in our concrete world carries a risk of humiliation.

My family is full of rational thinkers who put a high value on the intellect. We are also rife with the woo-woo. I’m the only Pisces (with Pisces Mercury) and the first one to really talk about it. It’s common family knowledge that one of the grandmothers refused to put her children on the school bus that morning that it went over the cliff into an icy lake. But no one ever talks about it. Families have common astrological traits, just like they have common genes. Mine happens to share Neptune to Mercury contacts and water house placements.

My middle daughter, Nems, is currently the most talented in this regard. She has moon-Jupiter, Uranus and Neptune in the 12th house trining her sun-Mercury in Cancer. She also has an 8th house Mars. Pluto closely aspects it all from the top of her chart. This is the kid that answers questions you were just forming in your head. We have talked about it and I learned she has a method: she “holds” the thoughts in her hands when making a decision and decides based on their “weight.” She chooses the lighter of the two, Jupiter conjunct the moon, square Saturn.

In addition to 4th, 8th and 12th house planets I have Pisces Mercury in the 7th house. Over time I’ve learned that I don’t “know” something woo-woo till I’ve had it fed back to me by another. I get something, maybe twice, then the third time comes from an outside source, a book, a billboard, an email, but always from another (7th house).

So the place to look for the woo-woo, as far as my experience shows, would be all things water. You find it in water signs (Cancer, Scorpio, Pisces), water houses (4th, 8th, 12th) and aspects to the water planets, the moon and Neptune particularly. Jupiter used to rule Pisces and rules knowledge in general so I include that. Pluto rules depth and the 8th house so drop that in the bucket as well.

Do you have any experience with what I call the woo-woo? What’s the astrology?