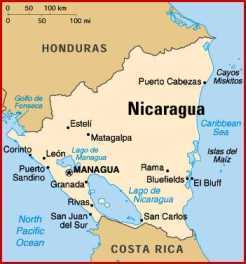 I was talking to a friend today and anorexia came up. He is particularly sensitive around all these girls starving themselves…it distresses him greatly. He has a Taurus Moon and I wonder if this has something to do with it. The Moon is concerned with food of course and Taurus wants to be comfortable. But anyway, he spoke with me about this some years ago and it got me thinking. Thinking in astrology that is, because this is what I do.

I thought about people who grow up starving. And obviously this deprivation would show up in their chart. So what if there is something in your chart indicating this sort of experience, but you are born to privilege? Would you create the experience anyway? It seemed to me – yes. It seemed to me that this is exactly what is happening with these pro-ana-types.

And once on this bead I saw evidence everywhere. The chart WILL manifest.

For example, I thought of an old boyfriend of mine, from back when I was a very young. He grew up in Nicaragua, and he told me stories. He explained how terrifically poor people were there, but that he and his family were privileged. He attended a private school for example, a sanctuary in the middle of all this violence…all this fighting.

And one day, a little girl desperate for her life, tried to climb the fence of school to take refuge but she didn’t make it. Halfway up, she was shot and she fell dead on her side of the fence as he witnessed this. So just think about that. And compare to my own story.

I grew up starving, in America at a time when no one was going hungry. What the fuck? So he’s got everything he needs in a country that’s impoverished and I’ve got no breakfast, lunch or dinner in the richest country in the world.

And I look at these girls (and boys) who won’t eat…and I think of the children around the world who can’t eat and I can’t help but think they are simpatico. Starving is starving, yes? You are starving when you can’t eat and these girls can’t eat and it doesn’t really matter why. And I don’t have the charts of 100 anorexic girls but I bet they don’t have Taurus Moons with easy aspects, you know?

So what do you think? Why is anorexia so prevalent these days?