The soldier was going through his mail and handed me his Social Security Statement. “Look at this, P,” he said. “This is all the money I have ever made in my life.”

I looked at the figures trying to think what I was supposed to say or glean from them.

“This is unbelievable,” I said as the figures on the page started to mean something.

“Yeah, I had one stripe, a motorcycle and you and I was on top of the world,” he said.

“Yeah we were happy. But look at the rest of this. Is this all they pay you for Special Forces?”

“Yeah, they don’t pay much. I guess they figure your housing is paid for, your food, your medical is paid…”

“But still. That is just not that much money for what you do.” 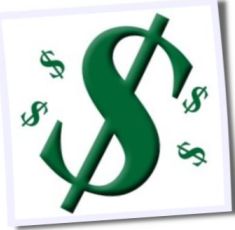 I laughed thinking that real assassins get paid plenty. “Okay, apparently not,” I said.

“Nope but you look at that and ask yourself, do you think anyone is ever going to be able to buy me? Think I could be bought?”

“No, I don’t think so. No, there is not a chance of that, you are otherwise motivated.”

If you were to glance at a statement of all the income you ever made in your life, what would it reveal?