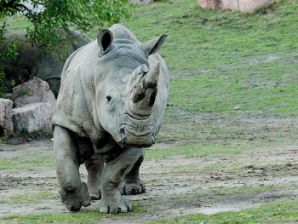 The soldier and I continue to try to understand our fights which are intense as hell. You’d be stunned to witness I’m sure and one of the things that we know is once the soldier gets mad it is very hard to get him un-mad. Once hot it takes him a day at least to cool off, this is if he is trying. In contrast, I can snap out of it in about 30 seconds.

If you think about it you can see the trouble this would cause because hell. I’m over it and if he can’t get over it then damn it, I may as well not get over it either.

The pissed off soldier is not a pretty site. It’s about as pretty as a rhino charging straight for you and you’re out of your mind if you think this animal is not going to crush you. You will be crushed and this is true even if he is attempting not to crush you. Asking him or expecting him not to crush you is about the worst thing you can ask of the man because it’s not natural.

He states it plainly: “I don’t like to be in a position where I am in a fight and I am not allowed to completely annihilate the enemy…”

I think it is his prerogative to feel this way. He’s honest. But in contrast I want discourse and compromise (Libra) so we get in big trouble very quickly once we’re squared off.

Luckily we don’t fight that often. Something like all hell breaks loose every 6 or 8 weeks and it’s very easy to see why we wound up breaking up once a month when we were kids. So much energy is generated, what else can you do?

It turns out the fights get resolved when we change positions. I have to get super aggressive and he has to do the Libra side which makes sense seeing as that’s where his north node is. This doesn’t come easy for a rhino.

What rhino wants to discuss things with… anyone? It’s either leave me alone or I will charge your ass and then you’ll leave me alone.

In contrast, gazelles like me are not really built to withstand the impact of a rhino on full charge. I get nervous when he’s hot and staring. I can feel my own fragility in comparison to his dense composition.

The strangest thing is we almost never have a real complaint. I can think of one fight in our lives that was actually over something real and tangible. ONE.

I think this is funny in a way. People are just so complicated, unique and fickle.

What is your fighting style and where is your Mars?