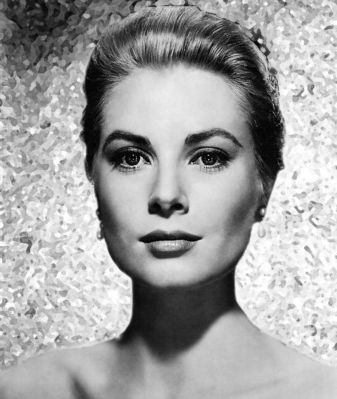 A “double” Scorpio Grace Kelly, the actress and princess, is a great example of a Scorpio using their considerable power to empower others. Grace is also an example of the Scorpio ability to transcend and transform as she transformed her life completely and successfully when she was young. As a Scorpio, Grace was an extreme example with a stellium in Scorpio including Sun, Rising, Mercury, Venus and Mars mostly in the first house! Grace Kelly was a very strong Scorpio figure and shows us the power of a Scorpio and the ability a Scorpio has to help others by empowering them as they are empowered themselves.

Grace had a special love of helping children and took her role as a mother very seriously with her ruling planet, Pluto, in the ninth house. She would empower children when she gained power with an eye towards education as Grace had Jupiter in Gemini. With Jupiter in Gemini in the eighth house, Grace herself valued education and educated herself in acting by attending the “American Academy of Dramatic Arts” in New York when she was young. With a strong sense of self from her first house and what was probably a deep understanding of what make her tick, Grace’s Jupiter in Gemini would also help her communicate with her people when she changed her life from film actress to princess and moved to Monaco. Grace had Leo on the Midheaven which helped her to become an Academy Award winning actress as well as play the role of princess in Monaco with great skill.

Grace had a compassion that was huge with her Moon in Pisces trine all that Scorpio which showed itself in her life’s work in charities and creating charities. Her Pisces Moon would also help her take on character and be able to live in the roles she chose. A Pisces Moon dreams big and Grace’s life shows us a woman who indeed, had huge dreams and the power to see them come true. Saturn in Sagittarius helped Grace create ways of helping all people of all races and religions without prejudice, even going far out of her way at one time to help Josephine Baker when Josephine was at her lowest point in her career and standing up to prejudice in public ways. Grace’s Uranus was in Aries and her Neptune in Virgo.

Grace had a serenity on stage that left one with a feeling of intensity smoldering just beneath her surface. That would serve her well throughout her life and lead to her being gossiped about regarding her sexual liaisons while she was an actress. Grace began her career by appearing in over fifty television roles when television was having its “golden age.” She went on to work in movies and was best known for her work with Alfred Hitchcock in “Dial M For Murder,” “Rear Window” and “To Catch a Thief.” With her Sun, Rising and stellium in Scorpio, Grace excelled in movies that were frightening or had the dramatic plot line of murder because of the Scorpio’s great understanding of “the dark side,” feeling at home when dealing with dark subject matter.

Grace graced the screen when working with Hitchcock and he would become her last mentor. Also true to the Scorpio ability to transform themselves, Grace won the Academy Award for “The Country Girl” in which she dialed down the glam, wore little makeup and used the technique that has become popular today for film stars of taking on less glamorous characters to show their acting “chops.” It was unusual for an actress to take roles in their youth that were “dressed down” and less glamorous but Grace made the switch with great skill to win the award.

Grace’s great transformation occurred in true Scorpio/Pluto fashion when she married Prince Rainier III of Monaco. Grace met Prince Rainier when in Monaco. Using the ability of reaching great distances of influence from a stellium in Scorpio and her Jupiter in Gemini, Grace began a correspondence with the prince while working on films. When Prince Rainier came to America he met Grace’s family and is said to have proposed in three days! Grace would up end her whole life and transform herself in the public eye with a great wedding after which she would be known as “Her Serene Highness, Princess of Monaco” or as she was called “Princess Grace.” Grace’s family, in a stunning display of old world tradition, would agree to pay Prince Rainier $2,000,000 as a dowry before the wedding could take place.

Grace, in the best of Scorpio use of power, used her newfound position to begin a charity called “AMADE Mondial,” a non-profit created to promote and protect the “moral and physical integrity” and “spiritual well-being of children throughout the world without distinction of race, nationality or religion and in a spirit of complete political independence.” The statement made by AMADE shows us Grace’s Pisces Moon at work with her Jupiter in Sagittarius and the need to include all children in her work. Grace’s daughter, Princess Caroline of Monaco continues her work by leading this charity created by her mother.

Grace Kelly, Princess of Monaco died young in what was perhaps a very Mars/Pluto death. Grace died in a car accident when she was driving with her daughter down a mountain side. Grace is said to have had a stroke while driving causing the car to careen off the road. Grace was pulled from the wreckage unconscious and died the next day never gaining consciousness.

To this day Grace Kelly radiates grace and power together from the screen and what she has left as her life’s work. What are your impressions of Grace Kelly, Princess of Monaco? 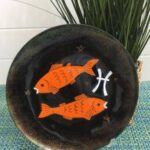