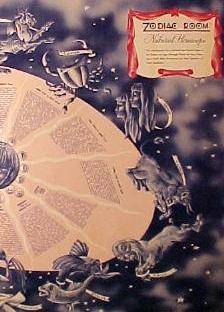 “A” writes regarding astro-twins, etc.:

Elsa you’ve got my mind in a spin. I am reminded of your post about evolved souls and actualized people. Do you think it is possible for two people to be astro twins, but one is actualized where the other is not, and so they appear to act very differently?

And regarding his/her experience with an astro-twin:

“We started out quite similar. We studied hard, got into a good college. He was very popular in college, whereas I was a total outcast. We went our different ways.

He as made a fool out of himself since then. He is not even respected by people any more. All he can think of is money. Any new friends he makes, its because he wants something out of them. the guy has totally lost it!

This is my experience….and that is why I am so vehement about us being different. I rest my case.”

A – I don’t think in terms of levels of evolution at all so I have no idea what to say about that and as far as being “actualized” I think you may misunderstand what I think that means.

In my vernacular to be “actualized” is not a judgment of someone’s merit. I just think most people use very little of what energy is available to them, and those who are able to consciously integrate the whole of their being I would call “actualized” but this is for good or ill!

For example, take a pair of (theoretical) astro-twins. One is a mass-murderer, the other a psychologist and a writer. And let’s put them in cell together… one is interviewing the other for his / her book.

These lives look very different, but the energy of the two people, the current flowing through them would be very similar. Like “tribe”. Because the pair are simpatico on some level, the writer is able to be able to be in the room with the psycho and communicate very effectively. Er… perhaps the murderer slayed and exploited his victims while the psychologist slays and exploits the murderer for his or her book. And both of them may be highly actualized as well.

In other words, they may both use all (or most) of their skills to do what it is they do. So maybe this clarifies my meaning.

And in real life, I can use my Special Forces ex and the Salesmen at the gym. They have lived completely different lives. And while I love one of them to the bone, I feel nothing of the sort for the other.

But this does not change the fact their energy is nearly identical because it is.