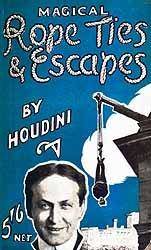 My husband thinks a lot about the love between us. He believes the subject to be deep and so vast it will take the rest of our lives to try to understand. I figure he is probably right.  Last night he picked a corner of one of the things he wonders about and threw it out to be chewed on…

He wanted to know what we would do if we got into an argument we could not resolve. Say I have one position and he has another and we just can’t come to agreement. He wanted to know if I would consider deferring to an outside source to resolve the problem.

Now in his case, he means the church. He said he’d be willing to go to a priest or some other religious authority. They would tell us what was right and we would agree to abide by it.

After a lot of thought I agreed to this back in 2007. I never thought we’d run into a problem we could not resolve, but it did happen, once. We followed through on our agreement; went to see a priest and followed his direction.

I wanted to pull this old post up because people (who want to stay married) need ideas like this.

Do you tend to have power struggles in your relationship? How do you resolve them?