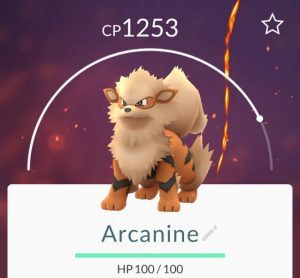 In the gaming world, big news doesn’t normally make mainstream radar. Pokemon Go is a huge exception. Pokemon Go is an electronic game played on handheld devices, mainly mobile phones. It’s a game that uses your device’s camera to meld travel in mundane reality with catching virtual monsters as they appear on your screen. The real life element is highly engaging, but it’s the blend of fantasy and reality that holds the interest. Remind you of any astrological trends in the collective?

How about Sagittarius Saturn square Pisces Neptune? Sadge Saturn is adventures in realism while Neptune in its own sign is high fantasy. Their tension creates a battlefield where reality and fantasy battle it out – outside the comfort zone of either cause.

The main detail that pushed the popularity of Pokemon Go into such high gear is the nostalgia factor for cultural trends of the nineties. I was an adult and a parent at the time, but even I had my own set of Pokemon cards. Why? Because I had kids and their enthusiasm was contagious. I wasn’t that into it beyond entry level stuff. While I love the idea of gaming, the time investment makes it less compelling for me personally. But this time? It’s different.

It catches nostalgia up with the current ease of technology. This also hit when a lot of planets were coming in and out of aspect (hard and easy aspects) with Uranus. Most notably, slow moving Mars in Scorpio quincunxed Uranus. Something new. Try something new and out there! There’s fighting in this game – power and destruction. There are teams. It takes place in on a local level, but it’s all interconnected through the ethers of electronics.

Here’s another factor: It gets me out of the house and provides tangible rewards for doing so. It also spurs social interaction and gives people something to rally around. It’s helped my depression immensely, and it’s so simple. It’s the extra reason to leave the house, to run the errand, to take the kids somewhere together. It’s helping, and I hear that from others as well.

My son was the one who was big into Pokemon first. He is so sweet and passionate! Cancer boy with Pluto Moon rising in Scorpio! My younger kids caught his passion for gaming as they grew, just like their brother. We all had Nintendo DS and the kids upgraded with each new iteration, but Pokemon were always around somewhere. Now the younger two and I go out and play Pokemon Go together – just at the time of life (16 and 19) when they’re losing interest in my company. There’s a resurgence of interest in doing things with ME!

With popularity comes backlash. If you’re not someone who is naturally interested in such things, you have a choice. You can just be really pleased that many people enjoy something. You can learn about it and get involved in their passion. You can also be shitful about it. People may not even know why they feel negativity toward someone else’s joy, but it does reflect the re-emerging Virgo Jupiter to Pisces Chiron opposition.

Big criticism or inflated interest… exploring a game, getting out and about and out of a rut, expanded communications, Sadge Jupiter.
Reminders of the past filter into consciousness, elevated or demonized – joy and pain, sometimes mixed but learning, Pisces Chiron.

Oppositions are quite prone to projection: Your excitement about something hurts me. But why? Individually there’s no way to know specifically why. However, one answer is that it unearths one’s own lack of excitement and grounded joy. It represents the push and pull of mental health as well as exploration and learning. Growth and resistance, intellectualized or felt too deeply for words – these things are all in play and regardless of whether or not you enjoy the process, there’s tension.

My son is one of those who has chosen to be cantankerous and shitful about it. I tread lightly there and believe in him. He is periodically unhappy and struggling. Sometimes anger and judgement are a step up from numbness and loneliness. He’s engaging with the world when he shits all over Pokemon Go. What you gonna do? You counter with a higher kind of love. People are where they are. He’s not up on the clocktower with a high-powered rifle shouting, “You made me play second base!” So I have faith he will work it out (Saturn and Neptune again).

Love what you love! Enjoy yourself and your passions, and if you can, have compassion for those who for whatever reason are unable to do so.

“I came in like a Pokeball! All I wanted was to catch ’em all!”
Are you playing Pokemon Go? If not, what are YOU passionate about; what do YOU enjoy?