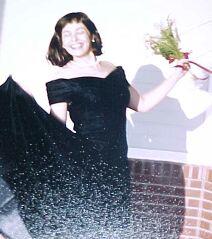 There was a great discussion on the post, Losing A Friend Because Your Opinion Is Not Theirs.

Medbh wrote about insiders and outsiders. I’m glad she did.  It made me realize I will always be an outsider.  It’s just not possible for me to get on the inside of any group, given my background, my current profession, my history in various regards or whatever the reason might be.

I have Uranus in the 7th house. I tend to project my Uranian qualities. It’s not that often a light comes on that allows me to see this.

In 2006,  someone told me I was attracted to iconoclastic men!  That’s usually how I am tipped to thing like this. Some one has to tell me.  But occasionally the veil does lift.

I once married a man who lived in a shack. He lived in a shack, because he had a $50,000 stereo (this was the cost 20 years ago). He bought his couch by “ear height”. That was how important sound was to him (Aquarius Moon). He lived in the wilderness, because he did not want neighbors to bother him when he turned up the volume. I thought he was an eccentric.

Many years passed before I realized I was pretty “off” myself, seeing as I married, “Shack Man”.  That’s what I called him. I used to sing it, to the tune of Batman.

I sung that, because I am normal, of course.

The other night, my husband (a retired Green beret) was explaining the nuance in his relationships with some of his peers, back in the day. It hit me, just how isolated he is.  Thanks to Medbh, I made the connection between the two of us right away.

There are also going to be people who want to dialog with an outsider. It’s the reason I am in business.  People don’t want to know what everyone says – they want to know what I say. They want the outsider opinion, basically. I think this smart.  It’s I would do, anyway. Skip the chorus, go for the oddball.

Are you a true outsider? How do you feel about it?

pictured – that’s me, getting married to a man who lives in a Shack. 7th house Uranus in motion, lol.
Venus Neptune in bliss…headed for the cliff,  but who cares ’bout that?
My dress is blue, not black.
Capricorn.

“Outer Planet People In Astrology” What Is That? What’s Makes A Person An Outsider?